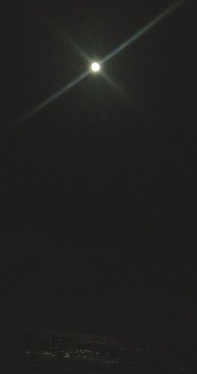 “Here is the world. Beautiful and terrible things will happen. Don’t be afraid.”
I recently stumbled across this Frederick Buechner quote.
So poetic.
So poignant.
So precise in the way it captures life’s essence.
In the last three days, I’ve encountered numerous stories with both those elements.
Here is the world.
This HuffPost Politics story discusses Ann Romney’s miscarriage. The reporter mentions that presidential candidate Mitt and his wife—parents to five and grandparents to nineteen—have never publicly discussed this issue, despite being open about the potential First Lady’s cancer and multiple sclerosis.
A woman who connected with me via these posts writes a blog where she speaks about being the mother of four children.
As I scanned her site to learn more about her, I discovered the photo of a fifth child, one who died within a week of birth.
A woman who found my blog told me that two of her friends recently lost children.
“I don’t know what to say to them,” is a common response.
Beautiful and terrible things will happen.
Here is the world.
Curious.
Why would Ann and Mitt Romney speak openly about The big C and MS, and keep quiet about miscarriage?
Why would a mother headline only four children, but include a picture of a fifth—her deceased—in her introduction?
Why would I question repeatedly if including a photo of my Gavin would scare people away or repulse them?
Because our American world deems the death of a child “the worst loss.”
Because those who first come to hear our stories say, “I could never survive.”
Because I have no images of my son when he was alive and I fear people will find this vision of an otherwise perfect newborn too haunting.
Don’t be afraid, I want to say.
Don’t run away.
Yes, it’s a terrible thing.
Horrific, I imagine my son’s asphyxiation to be.
Horrible, the death of any living parent’s child. No matter the time, place, or cause…
But potentially not the worst possible thing that could go wrong in this world.
Contrary to popular belief, it is also beautiful and touching and teeming with joy, for he could not have died, had he not lived outside of my imagination.
Beautiful and terrible things will happen.
Though I am surmising, I’ll bet these other two women recognized the beauty of their pregnancies as much as I did, the amazing feat of sperm and egg coming together.
The wonder of that life to come…
Tonight, as I write on the beach, sitting beneath a bright moon and scattered stars, there is little sign of tomorrow’s rains.
For the past two days, cities south and west of me have been preparing themselves for the fast-approaching arrival of Isaac, and praying he doesn’t parallel Katrina’s destruction.
Countless individuals lost everything in that 2005 Hurricane.
Many more lost family, friends, and pets, too.
But in the wake of that terrible destruction, they gained something in the form of human compassion as throngs from our great nation rallied together to help them.
Fifteen months ago I wrote a simulated letter to Maria Shriver, after the news of Arnold’s affair broke.
I began by telling her “I empathize with the trials you and your family face. Yesterday, today, tomorrow, thousands of people have already or will enter a similar circumstance. Some will come as a surprise and live closer than you might imagine, while others will connect from afar. No matter the distance, we are neighbors in grief, and allies in healing.”
Just now I see the HuffPost Crime headline on the tragic death—the senseless murder—of five-year-old Isabella Sarah Tennant.
Here is the world.
Beautiful and terrible things will happen.
Don’t be afraid, I want to say.
You have neighbors in grief and allies in healing…
Soon…