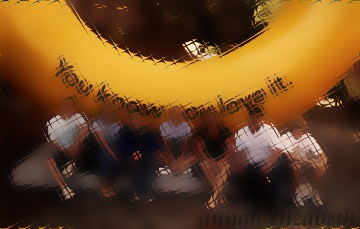 You don’t know me, but I love you.
My arms are reaching out to wrap you in a warm, tight embrace.
There are no words.
No words that will help, and yet I am compelled to tell you that, absurd as it sounds, someday it will be okay, if you keep choosing healing, keep fitting the pieces of your own grief puzzle, one by one, edge by edge, into the shape of your life…
But for now?
Love.
Love.
And more love.
It’s just a feeling, a knowing that radiates out…
Do you feel it?
The blood coursing through my veins is interrupted, the rhythm skips beats in unison to yours, my throat is tight, my chest swelling as I hold my breath for you…
My heart is heavy, a meager attempt at carrying some of your burden.
I am but one in a world of neighbors whose souls are bursting with compassion, sympathy, and empathy…
A global force from all walks of life.
We know Hunger, the type of starvation that distends abdomens and draws flesh.
We know Depression and Sadness and Suicide and Illness and what we call Meanness.
We are communities who have stared Death and Destruction in the face and, like you, have met the arduous challenge of reconciling our grief.
Can I cry with you?
It’s okay, you know.
For you, for me, for all of us to purge the pain, to shed the sting of life’s lemons, and to let it seep out of our muscles as we tremble from the senseless nature of it all.
Weeping doesn’t make us weak, rather, it gives us strength as we rid the toxins from within…
There are many ways tragedy imbeds itself into the very fibers of our being.
Twelve years ago, I was driving my son to a doctor’s appointment when it happened.
“Oh, my God!, a second plane has just flown into the South Tower!,” the DJ shouted into the microphone.
When I arrived at the office I asked the desk clerk if she knew anything.
The next hour is forever a blur.
News reports became my daily shadow.
People jumping from windows.
Flames.
A plane exploding on impact.
Heroic passengers prevent another plane from becoming a weapon of mass destruction. They perish with the plane in a Pennsylvania field.
The Pentagon?!
Two of the greatest structures the world has ever known imploding into themselves.
Ash, heroism, tears, terror, turmoil, and ultimately teardown…though mostly just removal of the rubble, all that was left of the once looming structures…
“Where’s my father?!”my mind raced.
“Warren, I can’t reach my dad and I know he’s traveling for business this week.”
Frantic.
So many millions of family and friends searching for some clue or some proof that their loved ones lived through the carnage.
Others praying for some undeniable sign that their family member had indeed died, some form of closure to end the tug between Hope and Hurt.
The media is battering us with information overload and fueling the frenzy.
“Enough already!” people were saying after weeks and weeks of visual and audio footage that bore itself into our every waking minute.
First, second, graveyard shifts…reel after reel of wreckage punctuated our days, our dinners, our late nights, and our early mornings.
I had long since ceased turning on the news, had tuned out the chatter in my car, and begun focusing on other things.
Actions with a positive impact, feelings of joy and happiness and fulfillment in an otherwise fearful and frightful time.
I convinced a friend to go to New York with me, to sit in a Broadway theater, to sleep in a Manhattan hotel, to spread our emotional and monetary currency in a city that grieved. We will not be afraid, will not be deterred from uniting.
Those are my Kodak Moments, memories that are forever a part of my remote experience.
And then a slow, steady rebuilding of something new, something different in its place…
And now, for five days straight, every commercial, every newsfeed, every headline shouts Boston’s suffering.
Did I mention I love you Boston?
One of our fondest memories is a day trip we made to your area.
Qunicy Market. The Macaroni Noodle. Salem. My girlfriend and me posing with a silly witch attached to a pole.
Not nearly enough time to uncover the many hidden treasures of your glorious city.
I think I’ll make that return trip I’ve been itching for.
Sooner than later.
My way of showing you I care, that I am with you. In sadness and solace. I sit and stand beside you.
Despite all that’s blaring across the news stations today, despite lockdowns and more bombs and more death and more atrocity.
This is what the media should be focusing on: Courage instead of Carnage, Bravery versus Abhorrence, Kindness over Killing, and Heroism rather than Hate.
Carrie Jones, someone who was there when explosions disrupted The Boston Marathon, says it best in her blog post, I have a bad feeling.
“And so many people helped others, making tourniquets out of yarn, carrying the injured, soothing the shocked, giving away their clothes to keep runners warm. And so many people have hearts of goodness. We can’t forget that. Not ever. Not in Boston. Not ever. Because that is exactly what the Boston Marathon is about: It’s about not giving up, not giving in to pain. It’s about that celebration of surviving and enduring against all odds, against everything. It’s about humanity. No bomber can take that away. Not ever.”
Broadcasters have clearly noticed that their ratings are higher when Drama prevails.
But have they thought about the Attention Seekers, The Depressed, and The Delusional?
Those individuals who feel that negative consideration is better than none at all.
When the rest of us are tuning out, they are tuning in, drawn by the allure of Worldwide Fame.
Gone are the days of Community-based disaster and interest, where Evil lived on the wrong side of the railroad tracks.
Those who believe their lives will somehow be better if they have an audience, if they can garner enough notice, now have a Global Stage.
Every time we tune in, we are feeding the frenzy, encouraging the media to concentrate on Negative.
And each and every time the stakes become higher and higher, for if the next person in line is to be as visible as his predecessor, he must outdo what has already been done…
IT HAS TO STOP!
With me.
With you.
With each of us.
We do not have to be beaten over the head to understand what is going on.
Brief clips and announcements are sufficient.
We must stop spoon-feeding Meanness and Mental Illness with Desire and The Wrong Message.
We can honor the hurting in private prayer, through letters and grassroots movements.
One local group purchased thousands of greeting cards and blank stationary after the Sandy Hook shootings.
They set up in a grocery store and allowed patrons to write messages of hope and faith and inspiration and condolence to a city that felt broken.
Someone filled a car with Kindness and delivered it to Newtown’s doorstep.
Love. Love. Love.
A few weeks back, Warren and I had a great big laugh over this greeting card by Kids Quips.
﻿
﻿ Sometimes the world isn’t a fair place.
Injustice doesn’t need a spotlight to shine its beacon on those whose laps it happens to land in.
As funny as this card is, the truth is that there are no hard and fast rules.
We cannot prevent all wrongs from happening, but we can change how we respond to them.
One person at a time, we can stop hating, stop loathing, stop buying into Drama and start making greater investments in Kindness. Love. Compassion.
For when we refuse to perpetuate the negative, it wields less over us.
We have the power to change the rules of engagement, to curtail the negativity, and to affect positive change.
Last night I made a call to two parents of students whom I’ve spoken to many times regarding their child’s bad behavior.
I’m talking inner-city (every town has one), elementary-aged students who curse at me on a daily basis, yell, scream, and are persistently verbally abusive.
Since I received this group of students some three weeks ago, I’ve spent countless hours brainstorming and strategizing ways to somehow end the conflict and win these kids over.
And whenever possible, I’ve enlisted the help of the grown-ups in their lives.
There’s always a catch in their voices when I identify myself, these adults I make frequent calls to.
“I believe that letting parents know their children are doing well is just as important—if not more so—than talking to them when things aren’t going so well,” I began yesterday’s conversation.
There was an audible exhale.
I reported all the positive elements of their children’s recent behaviors and expressed my gratitude for everyone’s efforts.
“Thank you so much for this call,” they both said, “Thank you. We’ve never had anyone call with good news. Thank you for that.”
To all of you who are bereaved right now, be you Bostonian, Bosnian, or Brazilian, I love you.
We are a world of neighbors whose souls are bursting with compassion, sympathy, and empathy…
Though we can’t change the unfairness in your life, hopefully our love will add a touch of gentleness, maybe even a splash of color to one of your darker days…
Hugs and healing, Journeyer…
Soon…

2 Comments on “To Boston, Bostonians, and a Bereaved World”