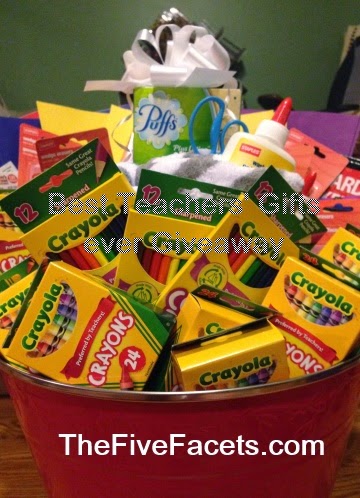 Journeyer, so much to report from this past week!

The work issue still stinks and two different law firms have said that, though what my supervisor did wasn’t legal, there’s not really anything they can do to help…
So, guess what I decided to do?
I’m going back to my union for their recommendation, which will likely entail a meeting with our superintendent to apprise administration of what’s going on, and then I’m going to LET. IT. GO.
I refuse to let the smarmy ways of another person dictate my mood; besides, the reason my boss blocked me from going anywhere was because my building is very happy with my work and according to them “they don’t want to lose me.”
Not exactly my kind of pat on the back, but, hey, it IS a sort of feather in my cap, now isn’t it?
I realized midweek that my morning ritual was consumed with a steady stream of the discussions I’ve had on this subject and that the chatter was making me tense and uptight.
Here’s what I did to combat that negative energy. I put this sticker on my steering wheel, because that idle time driving seems to be when the mind stuff surfaces the most.
“BP” stands for Book Proposal, the very document I’m super excited about and have been working on to submit to the Hay House contest opportunity that came with the workshop I attended.
In other happy news, I had another appointment with the Spiritual Guru of last week’s Hypnotic Happy, this time for my first ever Reiki session.

This postal box at the elevator on the bottom floor caught my attention. But realizing that the drop tube ran the entire length of this eight-story historic building made me feel downright nostalgic and curious about the occupants of long ago. This time I also took a picture of that magnificent artwork I wrote about. I honestly believe that these two sessions with her are playing a big part in letting go of the tension and angst surrounding this work stuff.
The timing of this more relaxed mood was brilliant, too, because Beauty came home for a few days and I was able to enjoy every nanosecond of our time together. Those of U with children who’ve flown the nest and all you total empty nesters can appreciate the heartwarming feeling of finding your not-so-little-anymore child partaking in a little respite on your sofa.
Continuing backward through the week, I met with my chiropractor who took care of a sticking vertebrae and put my neck, spine, and hips back into proper alignment.

Warren and I had a busy therapy session, one that exposed some other areas that we can work toward bringing a little more parallel.
And though I’ve noticed this poster every time we entered the office, the images seemed most poignant.

That is one of the qualities that unite Warren and me: we both recognize the importance of being able to simply be one’s self.
Our area had its first dusting of snow and I was thankful that I had my long leather coat cleaned and conditioned during the summer months.
As I was taking the photo of the pumpkin, a flock of geese in the midst of changing formation flew overhead. I smiled as I thought about the teamwork that goes into the long treks these birds make twice a year. Taking care of each other always makes me smile.
I had a nice long chat with Fave, who is going to sponsor the delivery of the #BestTeachersGifts award going to Charlotte! Shortly into our conversation, my boy said, “Hey, I’ll have to call ya right back.” Usually that means he’s receiving a call from someone else. But this time, when he phoned back he said, “Sorry, I’m cooking dinner and the smoke alarm went off. It’s happened several times and I had to shut it off before the people came.”
“Like mother, like son, huh?” I said, which caused both of us to chuckle.
U see, when the kids were little, I was notorious for setting off the alarm in our kitchen. Three hungry kids would always come running downstairs, “Is dinner ready?” This happened so frequently that we deemed the smoke detector, “the dinner bell.” I captured this glorious sunrise at a stoplight one morning and half a mile past this intersection saw a deer and two fawns meandering through a stream that reflected back the sky’s colors and the natural beauty of wildlife and flora. I had the most fabulous hair cut with a new stylist; two-and-a-half hours kind of magnificent. I met him at a recent TEDx event and thoroughly enjoyed hearing a little more of his story.
While I was there, I purchased some curling cream, which came in this bag.

Put together the first letter of each word… PB…
That night we celebrated Warren’s birthday. We’ve been so incredibly busy that he suggested we have everyone meet us at one of his favorite Chinese restaurants so that we didn’t have to cook. He loves coconut crème pie and lemon meringue, which Beauty and/or I usually make from scratch for him. Since we were keeping it simple, I settled on this magnificent looking Italian crème cake from Sam’s Club. Yum…
After dinner we walked the mall, where we found this gift for our friends’ son’s birthday and discovered these shocking and funny ugly sweater contenders. They actually have miniature lights sewn into the material…
Yesterday I found a note I’d written about possibly contacting Balboa Press, which is Hay House’s self publishing division…and those two letters stood out… BP…
I’ve no idea what all of the symbolism of this alphabetic combination means, but I’m excited to see where it goes. Who knows, maybe one of U with those initials will end up contributing to the special project we’re wrapping up right now!
This I do know, however, PB & J go together like Sonny & Cher or Donny & Marie or Oreos & milk…
In that same regard, this #BestTeachersGifts project wouldn’t be nearly as grand without the U…the Chicken of the Sea U, the Stephanie Weaver of Recipe Renovator U, the U who nominated educators nationwide, the Staples and Walmart U’s, and U who will sponsor the delivery of one of the six remaining out-of-state deliveries. YEP! We had so much product we were able to help twelve teachers!! I’m including a list of the mentors that will be surprised with nearly two-hundred dollars in school supplies. YEP! We were able to turn Chicken of the Sea’s $250 pay-it-forward award into $2,000 in supplies with the help of other U’s like Staples and Walmart. I hope U’ll consider choosing one from the list below and help us get the shipment out the door and the packages into the hands of these deserving mentors!
Elverta, CA –  4th grade teacher
Mabank, TX – First-year teacher! 4th grade & early elementary Reading/Writing
Gwinn, MI – High School English teacher
Walla Walla, WA – Special Education long-term substitute nominated by the regular teacher!
Hartland, WI – High School English teacher
Florence, SC – 4thgrade teacher
Box weights range from about 30-55 pounds. If you or someone you know would like to sponsor a delivery, please contact us at The Five Facets.
AND, here’s hoping U paused briefly to reflect on or capture in some small way those fleeting moments that made U laugh or smile or brought Usome measure of peace.
Until next time, yours in hope, healing, and happiness…
~AE

Soon…
Oh…and there was music…always music… America’s Sister Golden Hair, John Legend’s raw and beautiful All of Me plus many, many others… J