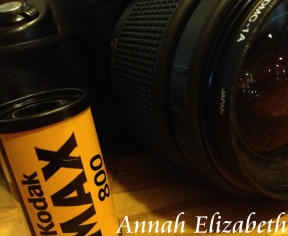 Glennon over at Momastery recently wrote this brutiful piece about feeling overwhelmed and down because she didn’t perceive her family to be happy and normal like all those snapshots we see in Christmas cards and on our social media pages.
In the post she wrote that she feared people might consider her a fraud and she used the phrase, “The jig is up.”
Those words reminded me of a time when I felt much the same way, a time when my doctor said those very same words to me as I lay pregnant and bleeding on an emergency room table.
Below is an excerpt from my manuscript Digging for the Light.
May these words touch but one life, today…
* * *
A tiny speck of blood on the toilet paper left me trembling.
Shortly after, as I lay on the steel table with Warren standing by my side, my obstetrician moved the wand over my abdomen until the baby was located.
Great news, the doctor informed us, he could see the baby’s heartbeat. The baby was in great shape. He proceeded to explain that the chance of miscarriage, after a heartbeat is seen at this stage of pregnancy, is reduced to about four percent.
The world lifted from my shoulders; I breathed in deep, and my heartbeat returned to normal.
I was entering my second trimester, and although I was still uneasy about the pregnancy, I was beginning to relax.
Less than a four-percent chance of miscarriage.
Warren and I were enjoying a night out with friends at a local fire department’s poultry show (a turkey raffle.)
Laughter, whoops of male bantering, chatter amongst friends, and excitement over the many prizes being won, filled the air. Everyone was there to support the fire department and have fun, hoping to leave with a big, fat, juicy Thanksgiving turkey.
The hunters in attendance were salivating over the ultimate door prize—a brand new hunting rifle.
One thing any pregnant woman will tell you is she practically lives in the bathroom. That night proved no exception for me.
On one of those trips to the ladies’ room, life once again slapped me in the face.
I didn’t have to hunt for any sign to know what was happening.
My smile and my stomach turned upside-down and inside-out.
This was no microscopic spot.
I rejoined Warren and our friends. We stayed until most of the turkeys were gone. Warren wanted to go to the hospital, but I said, “No. There’s nothing anyone can do if it’s a miscarriage. Let’s just wait and see what happens.”
Defeat or denial?
A little of both.
Hours after returning home, as I came downstairs to go to the bathroom, I felt my body expel something.
I had no doubt about what was happening. Before I could get back upstairs to tell Warren, another large, red blob fell from my body.
I had no idea what these steak-sized clumps coming out of me were.
I knew it wasn’t good… But just how bad was it?
I put what I could of them in a baggie.
I called my doctor’s office and was told by the on-call physician to go to the emergency room.
The blood poured out of me and wouldn’t stop.
The nurses put several large bed pads under me and replaced them frequently.
By the time the doctor arrived, I was nearing hysteria and consumed with grief.
I was not alone.
What I remember from that night is the doctor saying something about doing an exam and these words: “The jig is up.”
The jig is up?
What on Earth?
How callous.
This is my BABY you’re talking about!
This is not some jig!
Do I look like I’m dancing to you?
I love this doctor and have great confidence in her skills. I have no doubt she was sympathetic to us that night; her words were not, in any way, intended to hurt us.
It’s odd, though, how only fragments of comments made or actions performed stand out in our minds after crisis.
I recently met with the bedside nurse who wrapped her arms around me that night after Gavin died.
She referred to these moments as “Kodak” moments.
Not all pictures are pretty, you know?
* * *
What about you? Do you have any Crisis or Celebratory Kodak Moments that stand out in your mind? Share them here. You never know who’s life you just might touch today…
Soon…
﻿