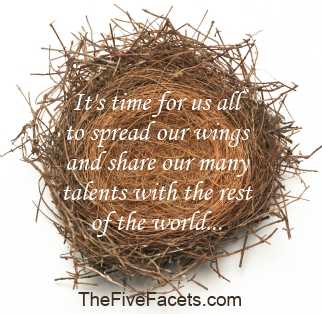 That is the first thing that comes to mind when I think about pulling away from Big Guy’s new home for the next four years.

Let freedom ring for him.

Let freedom ring for Warren and me.

Don’t get me wrong. I love my children with every fiber I have, but I have always considered my role to be one of a “temporary” status.

Yes, I’ll always be their Mother, but I have also tried to teach them independence so that one day my role will change from Mothering to Mother.

Does that make sense, Journeyer?

Like many women, I had the roles of disciplinarian and master scheduler. I was the one who taught them how to wield broomsticks (sans magic spells), scrub toilets, to give equal attention to spending and saving their money, and the importance of routine dental and medical checkups. I was the one who, in their early days provided space for homework, turned off the television, attended parent-teacher conferences, and the parent who held them accountable.

I kissed boo-boos, applied physical and emotional bandages, and, because I’m a human who makes mistakes I added some hurt along the way.

I taught them that they always have a right to advocate for themselves and gave them examples of some appropriate ways to speak up. “If an adult says something inappropriate to you, you have the right to speak up, but you must do so with respect,” I said, “you may say, ‘Mr. or Mrs. So-and-So, that hurt my feelings,’ or ‘May I talk to you? I don’t agree with you because…’ That is respectful. Saying things like, “That’s stupid or you’re stupid or FYou, well, that’s not respectful.”

This seemed to come naturally to Big Guy while Beauty often proclaimed “I don’t like talking to people.”

“What if I do those things and get into trouble for talking back?” Fave asked.

“I will stand behind you one-hundred percent, if you’ve conducted yourself appropriately,” I replied.

Above all, I tried to teach them to follow their dreams, to “Find what it is you’re passionate about, find a way to make money doing it, and then live within your means.”

“Confucius said, ‘Choose a job you love and you will never have to work a day in your life,’ ” Big Guy said during his recent high school Valedictorian speech.

Together, Warren and I taught them to fish for themselves.

I loved most minutes of that time and suffered through my share of those parenting struggles the books rarely speak of.

My goal has always been to provide my children with the tools they need to one day be independent, to feel confident that they can take care of themselves, that they can provide, can have their own friendships, and their own autonomy.

“College,” I’ve said many times, “is as much about the experience than it is about the book knowledge.”

“It’s time for them to soar, to share their talents with the rest of the world,” I’ve stated many times.

We all need to find ourselves.

“You know I love you dearly,” a friend of mine recently said, “and I’m nobody to judge anybody, but you seem to try to protect your children from making their own mistakes.”

That would be me. Teacher through and through.

Fave, when he was but a teenager himself and learning from a few of his own errs, shared this sage wisdom, “A wise man learns from his mistakes while the wisest man learns from another’s.”

Indeed, that is a rarity, and a quote I should probably let go of because I am always teaching. Always sharing the things I’ve learned along the way. Revelations that may or may not work for others simply because they bring different experiences, thoughts, beliefs, and ideals to the table.

That is one of the hardest things for so many of us parents to let go of, the notion that our growth can somehow be transcribed onto our children’s lives.

It is also hard because we know so much more than those younger versions of ourselves, we have an understanding of the bigger picture and the bigger consequences and rewards.

That is one of the beautiful things about our children getting out on their own for the first time: “What we don’t see can’t hurt us.” Is that the expression?

We don’t have to worry about what could have happened to explain why the car’s not in the driveway in the morning or wonder if they’re still breathing because they’ve never slept this late before.

Those of us who are attentive notice such things and no matter how hard we try, they are sprawled out in front of us like the clutter that finds its way to coffee and dining room tables or the laundry that takes so long to make its way to the laundry or the drawers.

Where once there were five people filling the space in our home, now there are two.

It comes as no surprise that Big Guy seems to have settled nicely into his first full week of school. He picked up a bad cold in the first few days there, but his sense of humor remains intact. This is one of the stories that characterizes one side of his personality perfectly; it’s a story that has become legend in our home.

Big Guy was about four years old when I was planning a vacation to visit my family in North Carolina.

One day we were driving somewhere…we seemed to spend a great deal of time behind the wheel…when I started talking about the plans.

Fave and Beauty were strapped into their seats and Big Guy into his carseat, his little legs happily bouncing away.

“Are we flying or driving, Mommy?” the older brother asked.

Immediately upon my reply, Big Guy stated as if he were ordering a meal, “But I don’t know how to fly, Mommy.”

Out of the mouths of babes and oh, so cute, right?

You see, my youngest has always, and I do mean ALWAYS known his mind, a brain that functioned on a level far greater than his years.

From the time he could speak, he would counter any argument or explanation I gave him, and more often than not his thought process was accurate. For a fifteen or fifty-year old, not a toddler.

I had this immediate thought that, now that the notion had been put into his brain, he would go home and try to figure out how he could fly…from a second story bedroom. I could picture him pulling sheets from his bed and fashioning a cape.

The first thing I did upon returning home was to set the latches on the window that would prevent them from being opened more than a few inches… Better he learn to fly from the first story, don’t you think, Journeyer?

Now, nearly fifteen years later, my gentle giant, with his brilliant, inquisitive mind, is flying in a different sort of way. It’s time for him to soar, for those invisible wings to carry him wherever he wants and for him to share his many talents with the rest of the world…

It’s also time for Warren and I to continue exploring the many new things we’re working on and to spread our wings a little wider, too! It’s exciting stuff, Journeyer and I’m so thrilled for all of us!

How do you (or do you plan) to soar when your not-so-little-ones-anymore leave the nest?