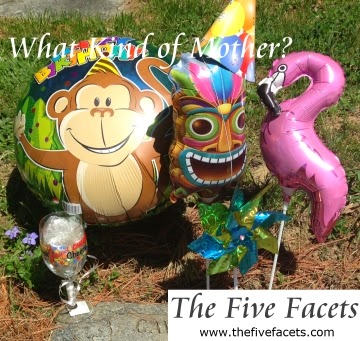 Two a.m.
Twenty-four years ago.
One of the most equally exciting and excruciating times of my life began: Child labor.
Some thirteen hours later, time that included sleep in spits and spurts, the timing and logging of contraction intensity and duration, a full breakfast, and a walk in the overcast, cold and drizzling day, my firstborn arrived into this world.
His delivery didn’t come quite as we’d expected, with ice chips and neck massages and words of encouragement from Warren.
Unexpected complications necessitated an emergency caesarean section, and though my son would be born alive, his body would be cold when he was placed into my arms.
Three-fifty-four p.m.
I wept when I read the two Mother’s Day cards friends had sent.
What kind of mother has not child?
An echo that haunted me for years to come.
I’d failed in the most incomprehensible way; my boy didn’t even have a chance to begin his life.
If you’re a past or present bereaved parent, then you have some idea of my experience.
If you’re currently grieving, you may be asking some variation of this question right now.
For years I lamented not being able to be my son’s mother; I didn’t ever feed him or change his diaper or rock him to sleep or kiss skinned knees or help him with his homework.
Of the many things a mother does, I did none.
So how could I be considered his mother?
How could I stand beside women who shared photos of toothless grins and helmeted at-bats and pajama’d bodies smiling at Santa’s surprises?
These women’s smiles were surely signs of success.
Motherhood.
A class into which I’d been turned away.
May I share something else with you?
Once I’d put some space between me and the immediate pain, when years had created a distance that took the edge off of the rawness of my heartache and I had the benefit of other’s stories, a different sort of ache replaced the stabbing sorrow.
I eventually realized that I DID mother my son.
Me and my body kept him alive for eight-and-a-half months.
I did that.
His heart beat strong and his little body showed off his moves in the ultrasound.
His sense of humor shone through when he kicked Daddy’s hand, the timing of which couldn’t have been more perfect as Warren was playfully picking on me at the time.
I didfeed him.
I sang to him.
I read him stories.
I talked to him about hope and dreams and desire and hardship.
We touched hands every time I stroked my aching side to encourage him to move from underneath my right rib.
That, my friends, is the best kind of mother, one who cares and loves and longs…
You, if you are here, whatever your story, be it the loss of a child to infertility, to miscarriage, to stillbirth or suicide or murder or accident or any freaking tragedy, you are Mother.
For Mother means more than giving birth.
Mother means all of those things…Mother is one who nurtures in imagination and in reality…
Happy 24th birthday, Gavin!

Beauty chose the theme and she and Big Guy are sending you and your cloud to Hawaii today!
We’re heading to Buffalo for a soccer game, stop in on your way to paradise!
And here’s your baby brother goofing off and living it up by catching a piggyback ride up the hill to your grave. No matter the sport, my living children’s teammates have often referred to me as Mama Elizabeth…
Chocolate chip cookies have a way of endearing kids to you…
As does a genuine affection and appreciation, and a love that reaches out from the kind of mother who loves and lives to encourage and care…
Happy Mother’s Day, Journeyer!
May you pay homage to the Moment(s) that bring you joy, make you smile, give you some modicum of relief, or simply bring a warm and fuzzy feeling…
Yours in healing and happiness,
~AE
Soon…