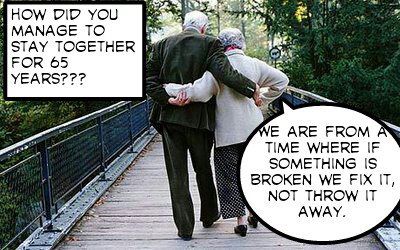 Blink.
Sixty seven days have elapsed without me following up to the first post on marital discord, sixty-three days since my last writing on this site.
Yet it feels like only a week or so ago that I was snapping photos of the uncharacteristically sunny, northeast skies.

Where have I been? Procrastinating, I guess.

But I’ve also been busy in my head.

I’ve been perpetually hiding from or trying to figure out how to overcome my burgeoning weight gain.

Had I seized the opportunity to write two months ago, I’d have had plenty of fresh material to discuss.

Within days of my post, Heidi Klum & Seal announced their separation, which appears to be rapidly moving toward divorce.

Heather Armstrong of the highly acclaimed dooce.com and her husband, Jon, announced a trial separation, creating a flourish of gossip and speculation on all social media platforms. Bloggers who wrote in a timely manner saw enormous traffic growth to their sites.

Katy Perry and her husband had recently divorced. And then we have thousands of Jane and John Does who don’t make headlines. According to this statistic, there were approximately two divorces per minute in 2000, in the U.S. alone…

Online news source HuffPost not only dedicates one of its twelve Life & Style topics to Divorce, it offers four sub-categories: Divorce, Divorce Laws, Stats, and Advice.

The headline slogan “Marriages come and go, but divorce is forever” seems to depict the way our current culture values a vow.

That facial reaction is often the first response when someone hears that my husband and my best friend had an affair.

Then an often incredulous, “And you’re still married to him?”

And then some variation of, “I could never do that.”

On any given day, in any given minute, the unimaginable can happen. Life as you knew it—as you had envisioned it—changes.

You scream. You wail. You plead and beg and cry and wonder and worry and fret and, sometimes, you throw things. And sometimes you simply throw up.

I performed all of those actions after my husband’s first affair. I—we—blamed his adultery on the marital strife we had been experiencing.

“He loves you,” my counselor once said. “He chose to stay married to you.” My so-called friend had left her husband and children and moved into a home that she was establishing for her and my spouse.
They professed love for one another and she had been pleading with him to leave his family, as well. Her dream came to a screeching halt the moment I uncovered the affair and he decided to stay in our marriage.

“It takes two to make a marriage work,” my therapist once said, “but only one to screw it up.”

That is one of the first lessons I learned: It takes two people to resolve conflict.

One person might have screwed up, but the other person has to be able to put it into perspective and move forward. If the offended party holds a grudge or continues to be angry or hurt, then a conflict still exists.

Which leads to another lesson I learned: Sometimes we don’t see that we are perpetuating, adding to, or even a part of the problem in the first place.

This part is a bit trickier, and often, much less obvious. My husband’s second escape was a sexual fling with a woman who had lost custody of two of her children, was living with another man, existing on welfare, and as it turns out, had a pocket full of woes.

I could not account for any turbulence in our relationship; our sex life was the best it had ever been, we had few fights over his parent’s interference in our family, and we were truly enjoying our life together.

“Did you know he was married and had children?” I asked, the day I confronted the other woman.

“Yeah. And I could care less.”

In that moment, I understood—not just in my head, but in my gut—that affairs are more about some insecurity with the person(s) committing the adultery than about the relationship with the other persons involved.

“It has nothing to do with me,” I said, “You need to figure out why you keep sabotaging your marriage and putting your family at risk.”

Even though I knew this, there remained a niggling, a spark of recognition that I did, in some way, have a bearing on this situation. We all do.

Though these behaviors may supplement another’s insecurities, they by no means are the causeof any of them, and are in no way to blame for an affair. The cause begins and ends with the choice a person makes. Deciphering between those two is sometimes difficult, at best.

When we fail to examine our individual behaviors, we often find ourselves caught up in a blame game, which merely serves to feed conflict. You do this… You don’t do that…

Which leads me to yet other invaluable tools.

Beware of Ever After words.

Statements like those can be hurled fast and furious during conflict, and  infer that the person you are speaking to never ever, not once was thoughtful, helpful or kind, and implies they likely never will be.

Additionally, “you” comes across as biting or critical. And, again, what you are experiencing isn’t about the other person, it is about you. Let your language reflect that.

Don’t be afraid to let your thoughts and feelings be known. “I feel like you don’t listen to me/I feel like your friends are more important to you than I am/I feel like I am the sole disciplinarian.

Make your language reflect your thoughts and emotions, versus putting thoughts and words into another’s mouth and mind.

These simple traits will have a profound effect in helping to curb tension and dispel animosity that might have surfaced during conflict and hurt. In turn, you will be able to address the root of the problems more easily.

I had to delve deep into HuffPost’s site to find non-divorce, relationship information. Click on Healthy Living, then Mindful Living, then Relationships.

The headline for these news columns is Conscious Relationships.

Though divorce might garner prime visibility, I believe there are many who want to work it out, but simply don’t know how.

In addition to changing how we think and talk, there are other life situations—children, work, taxes, home, iillness, mid-life crisis, that we must also navigate while we are enduring times of relationship stress.

In my next post, I will discuss some of the strategies and coping mechanisms we used while overcoming one of marriage’s most trying times.

There are countless ways couples have resolved conflict. Please consider sharing your helpful tips in the comment section, or e-mail me your story.