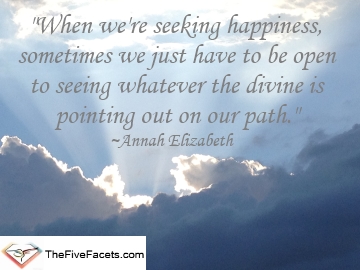 And for all of you who are mothers–be it in your head, in your heart, or in your home–happy Mother’s Day.

I’ve been having a hard time this past week and yesterday was a mixed bag of emotions.

On the one side, Beauty’s college graduation filled me with an abundance of Mama Pride and an unbridled joy for her.

On the other side, I couldn’t stop thinking about the fact that I was going to spend this Mother’s Day alone. Warren is away; Gavin is in heaven, Fave is out west with his gal and her mom, Beauty is skipping time with me and honoring her beau’s mother at dinner, and Big Guy is finishing up his finals away at college.

One of the women I met at last year’s Grief & Hope Convention has this saying that “there are no coincidences, only divine appointments.”

I have thought about that many times and just haven’t been quite sold on the expression, until yesterday.

You see, if I hadn’t been upset about a few things and licking my wounds so to speak, I probably wouldn’t have sent out the message about offering free Tarot readings.

It was sort of my way of doing something fun on a day that I felt very icky and I thought it might lighten the mood for a few others who were also having a hard time.

Well, a woman reached out to me and offered to swap readings.

I asked for her intention, called upon my guides and angels to help guide me, plucked five cards from my Tarot decks, and then proceeded to relay to her the messages and symbols I was picking up.

“Spot on,” she said after she read my words.

Then I gave her my intention and what I was hoping to be revealed.

Journeyer, she said three things about my relationship with Fave, one of which prompted me to ask him a question via text.

Within the hour, he’d phoned me to have a long overdue, heartfelt discussion about an unresolved issue between us.

Those three things the woman mentioned?

Fave touched on all three things. Even he was blown away when I told him what had prompted the message.

As I told him at the end of our forty-five minute conversation, that phone call was the best Mother’s Day gift I could have received.

Crazy as it sounds, if it weren’t for all of the junk that had me feeling down and blue and very, very sorry for myself, that chain of events wouldn’t have happened.

“I’ve been wanting to talk to you,” he said to me, “but I didn’t know how to open the door to that conversation or when.”

Life is sometimes like that, isn’t it? Just when we think a situation sucks, something gives.

[Tweet theme=”basic-white”]When we’re seeking happiness, sometimes we just have to be open to seeing whatever the divine is pointing out on our path.[/Tweet]

How was your Mother’s Day, Journeyer? Do you have traditions you follow? Were you missing someone? We love hearing your stories, so please share a little something in the comment below?

2 Comments on “Mother’s Day Alone and a Divine Appointment”