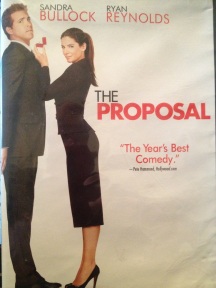 It’s that time of year.
Tax time.
Almost.
But when you are six months behind on accounting entries, the date breathes down your neck harder than Old Man Winter.
The only activity that puts me in a fouler mood is cleaning a house I’ve let go.
Oh, yeah. And monthly hormonal surges.
But I can’t control the latter.
Every year I seem to find myself in this position, with piles and piles of receipts that never made it to the sorting bin that I purchased with great enthusiasm.
And every year I spend three to five torturous days playing catch-up.
Until I found Made of Honor.
A little bit of light-hearted fun that could make me laugh just by listening to it as I reconciled hundreds of charge slips to credit card statements.
You see, ten years ago, when it became clear that Fave Son’s athletic ambitions were going to necessitate a great deal of travel for he and Warren, we began charging all of the personal expenditures that we could to a Dividend Miles account.
It took us almost three years to accrue enough points for one flight, but every little bit helps.
We found this plan so successful we added a business reward account.
At first I only culled out and reconciled Warren’s company payments to put into the accounting software, lumping the rest into a miscellaneous persoal category.
And then I decided I wanted to see—in writing—just how much money I was spending on cigarettes.
(On a side note, I’m pretty proud to tell you that November 16th, 2012 marked my sixth full year as a recovering smoker!)
And then I figured I could determine where the rest of our money was going in an attempt to create some semblance of a budget and a savings.
And the payoff has been huge.
We saved enough money to take a family cruise when the oldest graduated from high school, and enough to follow our competitor to Europe last fall.
But it still sucks, being buried in the monotony of numbers and a mess of flimsy, fading slips of paper. I always have to move to the dining room table or the living room where I can spread out the sorting piles.
A person who watches very little television or film, I do love a good romantic comedy.
I stumbled across the dynamic duo of Patrick Dempsey and Michelle Monaghan not too long before I began the 2009 tax preparations.
I so enjoyed the chemistry and the humor that I decided to play it during a break from crunching numbers.
And then I ran it on a continuous loop for the next three days…
Seriously.
And before I sat down for the following end-of-year duties, I dug the DVD out from the back of the stack and popped it into our player.
The paperwork didn’t seem so bad, after all.
Then along came Sandra. And Ryan. And an all-star blend of cast, crew, and creative genius.
Where I didn’t particularly like the ending in Made of Honor—that poor guy was dumped at the altar, for crying out loud—The Proposalis a cheery, romantic romp from beginning to end.
Yesterday I moved some of my office ADD mess to the living room.
Thanks to every single person who had anything to do with this truly laugh-out-loud-funny film, I can survive this year’s drudgery in utter feel-good fashion.
And now I must get back to it.
I think I left off in the middle of an August statement.
Ramone was grinding on a mortified Margaret, and Betty White’s character was encouraging the poor girl to “Spank his ass!” ﻿
How about you? Have you found a way to summon a smile or two during some of your difficult or trying times?
Soon…
﻿