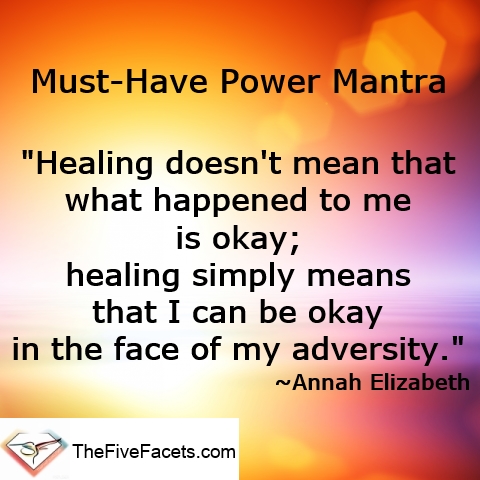 Each week as I sit down to write my weekly Happy Happens column, I do two things. 1) I look back through my day planner to see how the previous seven days managed to flash before my eyes. 2) I scroll through my iPhone camera roll so I can recall the many fleeting moments that made me smile, warmed my heart, or inspired me in some small way.

This is the foundation of our happiness, Journeyer. It is not some destination that we arrive at, some place that hangs a giant, flashing, neon sign that says: Congratulations, you’ve reached joy!

Sure, those photos of lottery winners with their over-sized bank checks and all of the smiling Facebook faces underlined with gushing, happy posts on social media can lead us to think differently, but it just ain’t so.

In between our happy moments are life’s little glitches, moments that aren’t so glorious or glittery.

I was under the weather last weekend and earlier this week, a cold that turned into a pounding headache. Thankfully we had Monday and Tuesday off from work and I ended up taking off Wednesday and Thursday. I began to feel like my blood pressure had spiked, not surprising given all of the stress I’m under trying to figure out how to cope with this recent work situation mess.

All I can say is that those extra couple of days were a gift to my mental health, and though I still didn’t have any reconciliation of my conflict when I went back to work on Friday, I felt refreshed and like I could actually  function.

Here are but a few of the other instances that kept me going and nourished my spirit.

Warren was one of the many thousands of flyers who was affected by the storm the central and eastern parts of the U.S. He ended up staying overnight in Chicago and flying into Syracuse the next day. I was grateful that I had the day off from work so I could go and get him. Additionally, I had no idea of the ice and snow storm that came out of nowhere during the night, so I was eternally grateful for our new-to-us vehicle with it’s four-wheel drive, heated seats, and new tires for it allowed me to drive through pounding rain and across many miles of snow-covered roads.

I was grateful for the safety-minded pilots and air-traffic controllers who rerouted Warren’s plane to another city for refueling when they couldn’t land as planned. I was also grateful for the Best Western Syracuse Airport’s staff who allowed me to hang out and hook up at one of their comfy dining room tables for over an hour while I waited for Warren’s plane to finally arrive.

And the BIG things like setting our minds to something and following through. A friend of mine mentioned a diet she’s on and as my eating habits and wight have gone totally out of control, I asked her to send me what she had.

It’s a reasonable plan, one that I could follow, with regular meals that are easy to prepare and a good selection of meats, veggies, fruits, and snacks to choose from, yet selections that aren’t so broad that you have a hard time remembering or preparing for. Today marks day five for me and I have to say I feel better having eliminated all of the copious quantities of chocolate, cheese, and bread I’d been consuming every day for the pasts many months.

Relationships to self and others makes me happy.

I stumbled across many inspirational images like this Dave Willis one that says “A strong marriage requires two people who choose to love each other even on those days when they struggle to like each other.” I’d like to carry that a little further and say, “A strong relationship, be it with our self or others, requires that we choose to love even when we struggle to like who is in front of us.” Could either of those be any closer to the truth?

I FINALLY quit screwing around with last few minutes of my speech and I rehearsed the hell out of it…in the shower, in my car, while walking the dog and me, and standing in my living room with an enormous black ladle as my microphone, all the why fretting that I might not have allowed myself enough time to make it rote.

Seems I might have fed that Law of Expectation, the one that says “You will fail,” because I drew a total blank when I entered that part of my speech. Last year when I had a little glitch, all I had to do was glance at my notes, but not this year. Oh, no. I went totally blank. Totally. I couldn’t even remember what the last thing I said was.

IN FRONT OF SEVERAL HUNDRED PEOPLE, including  several local counselors and many faces of people that I was sure had no idea one of my children died and that I write and speak about it. When I spotted those latter people in the audience I felt a little vulnerable,…exposed…conscientious…

At one point during all of this preparing; heck, it might have even been during my speech, I imagined myself fleeing from the stage in terror after I forgot my lines.

But when it happened, I didn’t run. I did the next, no the VERY BEST THING, I reached out for a supporting hand. I admitted that I had just drawn a blank and asked for someone to remind me of where I’d left off. Thankfully, one of my fellow speakers held up four little fingers. I was on the part that talked about Step 4 of The 5 Steps of Healing.

Though I missed the lead in to that section, I picked up and finished the speech like a champ.

As I sat down on the steps behind the stage, reminding myself to put away the hammer I was beating myself up with and  collecting my thoughts, I did what I needed to do to heal that heartache of messing up IN FRONT OF SEVERAL HUNDRED PEOPLE.

I recognized that I was at an inspirational speech event, after all, and that certainly there was someone in the audience who needed to see that someone can mess up and move on without fleeing from the stage or collapsing into a puddle of helplessness.

I returned to my seat amongst the other speakers and almost immediately thought about one person in the audience who needed to witness that survival message first hand: Me.

I needed to know that we can make mistakes and the world will keep spinning. I’ve been ruminating about that very subject this past week while trying to make a major life decision.

There is a saying among inspirations/motivational writers and speakers that if we can make a difference in but one person’s life, then we’ve been successful.

During intermission, two women came to talk with me. The first was a young lady who held tightly to one of the other speaker’s hands, someone who previously unbeknownst to me is a counselor at an eating disorder clinic.

I never did find out what I said that moved her to ask for help in speaking to me, but what matters is that I inspired something in her. I moved her.

The second woman shared with me that she lost her youngest daughter in the past year-and-a-half and that she was grateful for my message that we do not have to stay stuck in grief, that we can choose to heal our heartaches and move forward in living our best personal, professional, and philanthropic lives.

I changed at least three lives yesterday, Journeyer. I’d say I accomplished what I set out to do.

The part of my speech that I left out was actually one of the most important messages I wanted to share, but just as I like to say it’s never to late to tell someone how much you appreciate her, it’s also never too late to share something meaningful.

I believe that this little nugget is one of our most powerful must-have power mantras: “Healing doesn’t mean that what happened to us is okay, healing simply means that we can be okay in the face of our adversity.”

It’s so important I was going to do that cheesy thing where speakers ask you to say something with them. I might not be able to have a do-over there, but I can certainly share it here. Sooooo…say it with me:

“Healing doesn’t mean that what happened to me is okay; healing simply means that I can be okay in the face of my adversity.”

We are all human, Journeyer. We make mistakes. But if we allow ourselves to see meaning in those mistakes, to allow them to have some purpose in our life, then we can learn a great deal about those things that drive our dreams and our successes and we can use those foibles to solve the conflicts that are our grief. This crimson sunrise set the tone on my return to work Friday.

I didn’t need to put on my coat following yesterday’s event. Temperatures were a balmy sixty-three degrees at five o’clock, only a few hours before the sun set!

The last little bit of this week’s happy came while I had the dog out to do her morning business. As she and I tiptoed around her many piles of poop I’ve let collect during the brutal weather of the past two weeks, I couldn’t help but notice the chirping going on all around me. Two birds sang louder than the rest, one high-pitched Soo-Hoo, followed by a same-sounding, but lower-pitched reply.

Oh, and speaking of lovebirds, Warren call mid-morning to share a little something with me. He’s in Florida this weekend for another training. He mentioned to one of his associates about talking with me on the phone and she remarked that we seem to talk often and then commented, “You must be good friends,”

I’ve been saying that for years, Journeyer, that the depth of the friendship we shared before dating is what has seen us through many difficult times… It’s nice that someone, a virtual stranger, can pick up on that beautiful part of our relationship…

Love. Life. Learning. I’d say all in all it was a happy week.

What about you, Journeyer? Your global neighbors and I LOVE reading your stories and those fleeting moments that feed your happy. Go ahead, pay homage to one or more of those recent moments that have made you feel better about a mistake or moved you in some way!