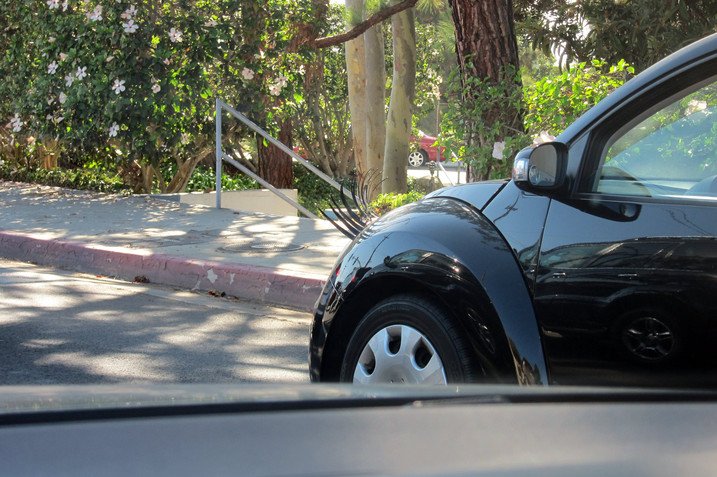 Have you ever felt like the world is conspiring against you?

For those of you who have been following me for a while, you might recall how my employer contacted another company I had an interview with and enacted a secret code that said: She’s off limits. Don’t hire her.

True story. The favoritism, abuse of power, and the nepatistic-like behaviors that go on in the workplace are just downright disheartening, infuriating, and mind-blowing. If you aren’t among one of the two factions that dictate the goings on, then you are shit out of luck.

After ten months passed without resolution to some safety issues regarding the students I work with, I told my boss that I had finally decided to look elsewhere. I made the  mistake of telling him I had a scheduled interview and disclosed the name of the person with whom I had an interview.

Suffice it to say that something was said about my boss calling them the afternoon before my interview and telling them that he “didn’t want to lose me” and then spelled out some of my greatest accolades. Of course they said, he’d called on some other business and just mentioned me in passing.

Something seemed really fishy, because, who does that? Isn’t it illegal for your current employer to initiate a dialogue–unsolicited–and speak to a potential employer about you?

Our union thought so, but after much discussion and several attorneys later, it was determined that I didn’t make enough money for a lawyer to take on the case because the District could drag the case out for as many as ten years…

Well, on Friday, I once again found myself in another situation at work that has foul written all over it.

After a long and arduous stay, I don’t feel like I’m making a difference with the group of children I serve and I had put in for a transfer to another area, which was ultimately given to…well, someone else…

Our union president was brought into it and this is what he had to say: “Yes, there is a favoritism going on and it needs to be addressed and the language in your contract needs to be cleaned up. Unfortunately, you are caught in the cross-hairs. If I were to take this to a judge, I’d lose. I’m sorry this happened to you but there’s nothing I can do.”

I understand that position, but let me ask this: When are people going to stand up for what is fucking right?!

I not only thought it, I screamed it at the poor guy before thanking him for his time.

It was a few hours later that I burst out laughing.

Sometimes it’s better to laugh than to cry. Right?

Did I mention that every day last week was also leading up to Saturday’s full moon? Full moon energy is a bit like crazy making, Journeyer!

The thought that triggered a snicker was this: Maybe this is the universe’s way of telling me I need to be right where I am for now.

For weeks now I’ve been dreading going to bed because I don’t want to get up in the morning. One day last week I actually said to Warren as I was walking out the door, “I hate my job.”

That’s such an unpleasant place to be. I don’t want to be like that. I used to say on a regular basis, “I LOVE my job.” I do love my job because it fits so beautifully into my life and because I feel like I’m making a difference  in the lives of others…but the workplace environment and the crap that goes on?

So now I’m back to the drawing board to find ways to keep the bullshit from coloring each and every day black and blue.

How did I get through last year’s ordeal? After much fuming and fussing, I finally realized that my boss’ move to keep me working for him was one of the most back-handed compliments I could have received. He did that because he valued me as an employee and didn’t want to lose me.

This time around, I can’t help but think about the bizarre randomness of how everything played out… As I like to say, “Everything has a purpose if we’re willing to see it.” So, too, shall this have meaning…

That said…If you have any information about affordable, privatized insurance, I’d be ever indebted if you’d share!! Patches shirt: “Sorry, we are all out of friendship bracelets.” So we bundled up and braved the cold night air!

A photo of my sister’s homemade vegetable beef soup that inspired me to whip up my delicious winter soup. My sister’s and my daily morning commute conversations…

Whirrel, who designed The Five Facets’ logo began working on the cover image for my next book! Though I’m currently swamped with other demands, I’m so excited to have one more piece of that next publication!

Hugs from those I love…including our pup! But the fleeting thing that stood out above all was a Volkswagon Bug. Not just any bug; a powder blue bug with those funky eyelashes. As the car passed, I noticed a gray-haired Betty White look-alike behind the wheel. When I looked in the rear view mirror, I spotted the unmistakable bumper sticker: a pink breast cancer ribbon.

That last fleeting fancy just seemed like a gentle reminder to embrace each day, to smile, to laugh, and to not take things so damned seriously all the time.

Who’d have thunk that a little blue bug could have such an impact?

What about you, Journeyer? What moment(s) cured what was bugging you last week? Your comments are not only the highlight of my day, they validate your own happiness! Share away!

2 Comments on “How a Bug Brightened My Day”