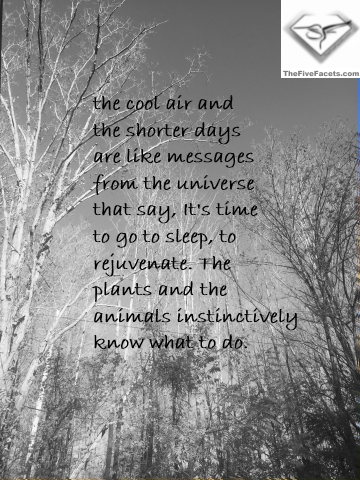 It’s been a crazy, yet exhilarating week, Journeyer.

I’ve been trying to keep up on the anthology submissions for the Grief Diaries Anthology Series, working with my web designer on a few changes and incorporating my beautiful little logo into the site! And I’ve been working on pulling together all of the materials for my upcoming workshop at the North Carolina Social Worker’s Fall conference in November.

I’ve had more changes at my day job that required some work at home and I am sad to say that my leave of absence has been denied. Always the optimist, I’ve reduced the amount of time I’m requesting off and am now going for a short-term leave, as opposed to the long-term leave of a few months I’d requested. Keeping my fingers crossed but not holding my breath. If I’m denied, again, well, I’ll just have to get a little more creative in my time management.

Besides, as I joked with my father the other day, “Looks like I come by penchant for being the most productive when I’m under pressure.”

Warren left Friday for a nine-day trip to teach some classes in Wyoming. Poor guy, he’s going to have to suffer through some fishing and hunting trips between his two workshops. Imagine the torture this avid outdoors-man is going to endure, Journeyer.

Speaking of outdoors and time management, I’ve been making the most use possible out of my long weekend. I had to go in early Friday for some training but was done by nine and then don’t have to report back until Tuesday. With so much writing to do, I’ve parked my butt on my comfy office chair and have been knocking my assignments and to-do lists out of the park, one ball at a time.

I broke at lunchtime to sit on our back deck that overlooks this glorious view. Then after several more hours in the seat, I finally broke about four o’clock to take a shower and then out for a long walk. The sun felt luxurious on my face and the breeze provided just the right amount of softness against my skin. Even my lovable, thirteen-year-old cat was on the porch sunning himself. I couldn’t help but notice the many symbols of fall, the colors, the plants going to see, a baby pine cone in the middle of the road, and leaves on the ground.

One of the great things about living in a rural neighborhood is that you’re bound to see all kinds of wildlife, like these two pet ducks that belong to one of the neighbors. Earlier this week while Warren and I were in the hot tub, it almost looked as if the forest at the edge of our field was snowing leaves. The constant flutter brought a sense of peace.

Today, as I gazed up toward the birdsong, I couldn’t help but notice how regal the barren trees looked.

And I thought about how the cool air and the shorter days are like messages from the universe that say, It’s time to go to sleep, to rejuvenate. The plants and the animals instinctively know what to do. Speaking of messages from the universe, Warren has been finding dimes for months now. There was a period of time years ago when I kept finding dimes so frequently I finally asked a friend what she thought it meant. Seems to me she said it was a sign of prosperity, so each time Warren has told me about his recent find, I’ve remarked about good fortune coming his way. Hours after dropping Warren at the airport on Friday, I found my first dime in a long while, so I sent the photo to Warren. What ensued was a discussion about what the dime symbolizes. I commented that I was curious about the angel number ten, to which Warren commented that ever since we were at the National Grief and Hope Convention last spring, he’s believed that Gavin was leaving him messages.

Journeyer, it hit me like a lead brick, right square between my blond brows. May 10. I am convinced that our son has been sending his daddy dimes as if to say, “I’m here. It’s real. Here’s your sign.” You see, I devoted an entire chapter in my memoir, Digging for the Light, to the subject of May 10. The nurse who filled out the bassinet card accidentally wrote the wrong date on it, which ultimately caused me much conflict for many years. I first noticed the error as my son’s first birthday and the anniversary of his death approached. My first reaction was to think that I had somehow forgotten the date of his birth and that forgetting him would soon follow.

Something you probably don’t know about me and something I’m a little hesitant to share is that I have been seeing spirits for years now, though I doubted my vision. This past year has brought about a huge spiritual awakening and I’ve experienced many other connections with people who have passed. When things would happen, or I’d know something before it came to pass, Warren would say, “There are coincidences.”

He’s a skeptic who is open to possibility, so when he received a fortune cookie that said just that a few weeks back, he really paused to take note of the coincidence.

Back in August, I was with a friend of mine, another skeptic, whose mother has tended to show up when I’m with my friend. Even I’ve questioned the validity of my experiences. Her mother showed up that night and then said to me two words: Charlotte’s Webb. Three times she said it before I got up and asked for my friend’s phone. This is the first time a spirit has given me a message, at least one I identified as a message. I typed those words into my friend’s phone, told her I had no freaking clue what it meant, but that her mother wanted me to tell her.

Journeyer, my friend called me last week to tell me that one of her children contacted her to tell her that she is expecting and she was thinking about naming the baby Charlotte, after Charlotte’s Web. That’s the short version of the story.

As someone said to me yesterday, when I relayed that story, “Coincidence or Evidence?”

Turns out that my friend’s child conceived within five days following that outing with my girlfriend.

She and her daughters are now believers and I have to admit that I feel a little better knowing that my creative mind isn’t working overtime in the fiction department.

None of us will know what this all means until we are on the other side, but what I do believe, Journeyer, is that it is a message from the universe that says, We, your deceased loved ones, are here. We are always with you. Heaven is for real. It’s a message for me to believe, a message to trust my intuition… Trust, which also happens to be my divine life purpose as per Dan Millman’s The Life You Were Born to Live: A Guide to Finding Your Life Purpose.

That book is a post unto itself, Journeyer, but trust me when I say, once you’ve encountered his work, you’ll know what you’re here to do…

There are coincidences, but there are also angels and heaven and all of this week’s signs and messages from the universe are at the top of my Happy Happens.

Other things that made me smile include the rich yellow and burgundy colors that have finally opened on the large surprise mums on my front porch, a very productive therapy session with Warren and our counselors, helping a friend celebrate the move to her own business, and helping another good friend celebrate her birthday. My happy organ is full…

What about you, Journeyer, what moment(s) did the universe offer up for your viewing or listening pleasure this week? Share something in the comment section below and spread a little joy!