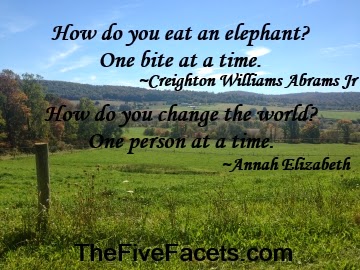 I’m totally exhausted, the good kind of fatigue that follows an emotional high. It was another full week filled with appointments and preparations; but thankfully we had the week off, which gave me so much more productive time. Big Guy had a college visit on Monday and Tuesday. Check out this old barn along the route. It’s a structure that I’ve been dreaming of owning for more than twenty years. Wouldn’t she make a great retreat location for The Five Facets workshops? Big Guy also had surgery to remove all four of his wisdom teeth on Wednesday. The timing just wasn’t going to work during the spring and summer breaks with the activities he already has planned. I spent that day tending to my boy’s needs. Big Guy’s reaction when coming out from under anesthesia

I’m so happy that my last not-so-little-anymore youngest is excited about going away to college and is taking a lead role in figuring out what he wants to do. I’ve said so many times to all three of my cherubs that “I’m so glad the universe picked me to be your mom.” Not that we haven’t experienced some typical teenage angst, but for the most part our children have been pretty easy to raise.

I consider myself blessed. Speaking of the universe and blessings, I spent a good deal of the week preparing for Saturday’s speech.

Beauty and her roommate came in Thursday night so they could attend the event, and though my daughter didn’t want to let me practice with her as an audience (she wanted to be surprise), she set up this little menagerie of folk for me to rehearse in front of. She was born with a remarkably creative mind. My daughter also took a big leap of faith and rose above one of her fears. I’m honored that she decided to include me in this little bit of growth… I am still having a hard time wrapping my brain around the many wonderful and inspirational people I met this weekend and the topics…so much to reflect on…to digest…a few things I want to study further and a few people I want to continue to stay in touch with… The themes were pretty consistent: Fear and Courage, Perseverance, Spirituality, Connection, and Clarity about what we want from life and a few resources to help us get there…

These are some of the people that inspired me to fatigue! One of the other recurring mentions as we speakers talked was the notion that if there were just one person in the audience who needed to hear what we had to say, then our work had been successful, that we’d accomplished making a change in the world. I met my “one” as I was leaving the after-event gathering. I was headed to the door when a girl thanked me for my messages, pointed to one of her friends at the table and said, “She needed to hear what you had to say today. She could literally spend hours one-on-one with you.” The other two girls chimed in with agreement. Missy, Kelly, Katrina, Melissa (My One)
I stopped to chat, and as I asked a few questions, The One told me how my stories and the message that we can’t possibly prepare for every potential problem resonated with her because she and her hubby are about to leave their teenage children alone for the first time in their lives. The parents are taking a trip to Ireland (if memory serves me right) and due to a passport snafu, the children are going to have to stay behind with a relative.

This mom had some very valid concerns and a few that she recognized as causing her a great deal of stress and conflict about going away, strife that was sucking the joy out of her and her husband’s impending trip.

Somehow, I helped diffuse some of this neighbor’s angst during my twelve minutes on the stage. I began the speech by talking about a childhood dream of changing the world by ending hate, injustice, and suffering. For years I was held back because I dreamt about literally changing the world on a global scale. But in recent years I’ve come to view my impact a little like the joke “How do you eat an elephant? One bite at a time.” How do you change the world? One person at a time. During the intermission, four people stopped to chat with me, three who purchased my book and shared a little of their stories, and the fourth a professor at a local college. As karma goes, she’s someone who a mutual friend had suggested I reach out to almost two years ago; she believed my work with The Five Facets would be of interest. After I received no return contact, I figured it was a dead end and I had to keep moving forward as opposed to sitting and waiting. The second she mentioned her school affiliation, I had a hunch, one that was validated when I asked her her name. Turns out she was on sabbatical for a year and never received my correspondences.

I don’t know if anything further will come of our chance meeting, but I do know this: the world works in truly mysterious and magical ways. The two amazing gals who put together this incredible event chose Clarity Connects as the event theme because they believe that connection and clarity are two of the things that will help us get in touch with our best selves. One of the speakers, who also became my ground during my speech, offered everyone in the audience a bag of stones from which we could draw one… I drew one during Thursday’s rehearsal which said, “Joy.” Ruth told me to be sure to draw one on Saturday, too. As I rummaged in the bag, one particular stone seemed to choose me. Its challenge couldn’t have been any more poignant given the place I’m at right now with The Five Facets Philosophy: Trust your wisdom. That inspiration not only lifted me up, Journeyer, it tied everything together…clarity, joy, wisdom… The week ended with a few glasses of Margarita and camaraderie to celebrate a friend’s birthday.

What about you, Journeyer, what moments brought you a little clearness, happiness, or inspirational awareness this past week? Share your thoughts and spread a little joy! Until we meet again, yours in hope, healing, and happiness,       ~AE
Soon…