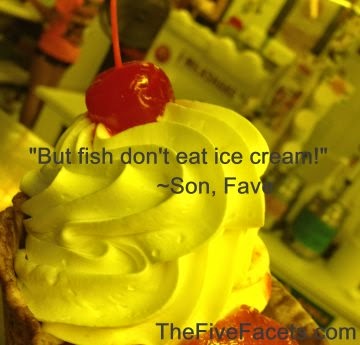 It’s Sunday morning, Journeyer, and I sit staring at the photos from this week’s happy moments.
I’ve been scratching my head for the past ten minutes, trying to find some sort of thread that will bring it all together.
At that statement I chuckle, for my week’s moments have been about as random as they get!
I looked through my calendar to see what it was I spent the past seven days doing because this week seems to have dissolved into itself.
That’s not a bad thing, really, because as I looked across the timeline, what I saw were a bunch of checkmarks for tasks completed.
What I didn’t see were long blocks of time that took me away from home.
And I breathed in a big sigh of satisfaction.
I call September and October and May and June the hamster-wheel months. If you have active school-aged children, you know what I mean: everything seems to be crammed into these four months.
Orientations and parent meetings and concerts and sporting events and major test preparations…
If it’s not back to school stuff like shopping for supplies and shoes, it’s end of year stuff like the emptying of lockers, items that get tossed onto dining room tables and any available floor space.
It feels like we’re running inside that little cage, running, running, running, going everywhere but nowhere at the same time.
The laundry piles up on the sofa, dust bunnies come out of hiding, and our to-do lists suddenly morph into Harry Potter sized manuscripts.
You know how much my family’s been on the go these past few months, with soccer and more soccer and school leadership and exciting connections for The Five Facets work. And a writing workshop thrown in there for good measure.
All of those things are positive and productive and personally rewarding, but crammed into a short span of time it’s kind of like overload.
But that’s life when you’re living your best personal, professional, and philanthropic life, when you’re learning and growing and working and giving back…
That is the way of the universe, though, don’t you think?
Spring and Summer expend a great deal of energy to produce the supplies our world needs to survive, while Fall and Winter are the respite, the healing of the bodies that taxed themselves during that time of abundance.
I guess that means I’ve spent the past seven days sleep walking.
Which reminds me of Fave when he was little. I only recall a couple of times where he actually got up out of bed while he was still asleep, but there were countless times we’d hear him talking or yelling in the middle of the night.
One time his sister heard him exclaim, “But fish don’t eat ice cream!”
My week’s joy has been just as bizarre and equally random.
I finally summoned the courage to contact a new counselor and met with her on Monday.
And I swallowed my pride and angst and admitted (to myself and her) that I’m experiencing some of those old depression symptoms.
Though the thought of taking prescription pills doesn’t thrill me, I can say that I’m happy to have a wealth of options available to help me through it. My daily vitamin regimen
I’m equally thankful for the messages that guide me, in this case, my old counselor’s question: “If you had cancer, would you deny yourself treatment?”
Memories of our time together always make me smile.
Many of my week’s happy moments seem to be centered around togetherness, whether it meant being with someone else or simply with myself.
I scheduled an impromptu lunch and pedicure with Beauty for after my therapy session.
I spent a little time each day de-cluttering and actually clearing one spot on my office floor.
FAMILY DINNERS!
I actually prepared several not-out-of-a box-or-a-bag meals AND we ate as a group.
We even made a dessert run to a local ice cream shop one evening. Beauty, who makes the occasional appearance, requested tacos one night, and though Fave wasn’t there in person, my little family of five was together. Making fajitas brought back fond memories of the night my boy cooked that very dish for us, and how enthusiastic he was as he described his process and his own little culinary secrets. On Wednesday I had a quick lunch with Big Guy after a routine doctor’s appointment. This Subway salad was absolutely delicious! Warren and I had our second session with our new marriage counselor.
I knocked out all of the bills and some to-do paperwork on Thursday and still had plenty of time to spare.
So I finally made it to the dry cleaners to drop off the winter coats that have been riding in the back seat of my car for weeks.
I stopped in to the local Christmas shop that just reopened and found a few perfect gifts for those loved ones on my list.
I ordered a new computer to replace this one that has been limping along for some time. Poor thing, she’s survived being dropped on her head a few times and has served me well for many years!
I tracked down Zee’s new color! Isn’t it magnificent? I’m so excited about fixing this old gal up and restoring her to all her glory! I exercised the dog and me daily and groomed this poor sweltering boy after each jaunt. I thanked the kindness of the coworker who loaned me this mighty little tool called the FURminator.
I’ve never seen anything like it and will definitely be purchasing one of my own!
If you have a big furry friend, you should definitely check out this product!
As we wandered on our walks, I felt the gentle breeze across my face, my arms, my legs…
I listened to the sounds of nature’s theater,
the hum of a lawnmower…
my aging pooch’s pant… the trickling stream, and the songs the various birds sang… I drank in my little corner of the universe’s masterpiece… And then I got back to the other real world of dishes and dust bunnies…
The satisfaction of sifting through and cleaning out more than eight-hundred e-mails from my inbox…
I read countless other blogger’s stories and actually took the time to write another post for the week, this post about the #100HappyDays craze.
And then there were these two things…
Nightly soaks in the hot tub with Hubby and watching the lightning bugs flit across the fields and the moon make its way to a fully round orb… And laughter, found in the most unexpected of places… What about you, Journeyer, what peculiar or ordinary Moment(s) led the way to filling the happy within you this past week?
Until next we meet again, yours in healing, hope, and happiness…
~AE
Soon…