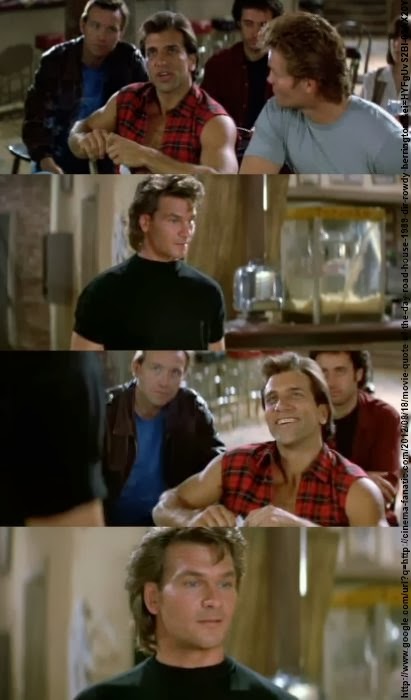 I absolutely love the late Patrick Swayze.
Gentleman. Genuine. Gorgeous. What’s not to love, right?
I don’t know about you, but I’ll always remember this talented man who left this life way too early.
Though there are many lines and scenes he lived out on the big screen, one that I frequently recall is the Roadhouse dialogue: “It’s nothing personal.” ﻿
Can you identify with a time when you’ve taken something personally and suffered as a result? Did you reconcile the conflict or do you still carry it around like a lead weight?
Soon…

7 Comments on “It’s Not Personal”