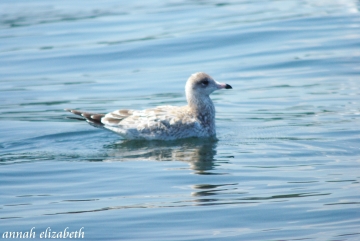 It’s been a strange week, what with two-days of work sandwiched between three days off.
Though I’m not complaining about the free time, I’ve spent it reading and researching.
I’m often drawn to stories of tragedy and triumph.
And I tend to be tuned in to people’s emotions, so it’s been a week of highs and lows.
We all have them, these mood swings, even the ever popular Glennon Melton of Momastery, who talked about her recent low.
I’ve been trying to pay particular attention to Happy during those times when I need it most.
Let me just say, I think I’ve documented enough Happiness this week to lift a small crowd.
It started with three Bs, (Beads, Boating, & Butterflies) but like the Energizer Bunny, the list kept going and going.
In an effort to rein in this post, I’ve paired down the original sixty-some photos, which included everything from babies to butterflies, and consolidated what’s left into two categories. Beautiful and Benevolent.
Beautiful
This natural splendor was captured from the bow of our boat, as we celebrated Memorial Day, remembering our veterans and honoring all those left behind. Warren and I attended a festival, where we watched artisans handcrafting glass into exquisite beads. I’ll blame the wine for failure to take my own photos of the jewelry, but I did pause to snap a shot of this most whimsical glass lamp, even more glorious and fun than this image depicts. Though I haven’t been able to photograph them, the sightings of several butterflies made my spirits soar this past week.

Photo via http://www.wallpapersbuzz.com/insects/a-flying-blue-butterfly.html
Big Guy had a leadership conference a couple of hours from where Fave’s girlfriend was competing just across the border into Canada.
It was the perfect excuse for Warren and me to plan a short getaway, an escape from life’s madness and the super busy months ahead.
We watched the competition on Friday and then spent Saturday discovering the more secluded scenic areas in Niagara Falls.
There is a butterfly conservatory in Canada’s Niagara Falls, and I had hoped to get a photo there, but we arrived minutes after closing.
But as they say, where there’s a will, there’s a way.
Here’s the butterfly image I secured. When I reviewed the picture, I almost deleted it because it kind of looked like the butterfly had splatted onto the door of the gift shop.
But then I thought, It’s a bit like life, really, sometimes we do feel like we’ve been splattered face first into something hard and unforgiving…
like Happiness is as elusive as photographing a Monarch in flight.
And yet, Happy is always there, if we’re willing to look for its presence in our surroundings, and to accept that sometimes it simply appears to us in a little different form than we’d envisioned…
Warren had spotted a black squirrel on our way into the park, but the four-legged critter ran away when I tried to get close enough to take a recognizable photo.
But then, on our way back to the car, I paused to watch several more of the dark creatures running around the park.
As if he took pity on me, this little fellow hopped right onto the rock in front of me and posed for the picture. Magnificent architecture adorns the areas where we walked. Bridges are abundant around the river and its islands. ﻿
The sounds of the streams are easy on the eyes and soothing to the soul. Bridge: a structure allowing passage across an obstacle.
A partition between Shitty and Happy…
At the end of this bridge were two resting benches that people have been carving memories into for years. People were plentiful on this peak weekend around the falls.
A sucker for all things Educational, I couldn’t resist stopping to check out this tour bus and chat with the driver.
I nearly swooned when I heard his accent, and might have melted into the sidewalk had he begun speaking to me in his rich, fluent French. Journeyers, meet Gilles
(pronounced Jills but with a soft J)
Big Guy, who is a bit flabbergasted by my friendly ways tells everyone, “My mom will just stop and talk to random people.”
I wonder if he’d believe me if I told him I was a classic wallflower in high school.
In those days I was stuck to that wall like glue, and wouldn’t have initiated conversations like this one. Ever.
But I’ve always loved People Watching and Niagara Falls is a fabulous gathering spot from which to observe.
Young, old, Indian, American, Oriental, couples, individuals, and families filled the walkways.
Fond memories of past visits with Warren and the kids flooded my mind.
And when it came to chuckles, this toddler, gnawing on his toes, had to take the cake! I couldn’t help but think about the Easter we spent in Canada.
The Bridal Veil Falls served as a backdrop for the photos we took of our toddlers, all dressed in their finest duds and posing with their baskets.
“But how will the Easter Bunny find us?” they had fretted.
And then the magical moments of awe and surprise and delight that filled their faces as they hunted for and then found their hidden treasures.
On an obscure walking trail I spotted a tree that had recently toppled to the ground, an apparent victim to heavy winds.
Broken is the B-word that came to mind.

I wasn’t successful in obtaining a recognizable photo of that tree, but as I searched for a good angle, I spotted this stump, which made me smile. For even when our lives seem busted wide open with disaster or disruption, there is always something new and fresh and good that can grow right alongside that which we find gravely disagreeable.
Speaking of the god-awful creates a beautiful segue.
Benevolent﻿
Warren and I jogged and walked more than six miles on Saturday.
Okay, we mostly meandered, but still, six miles!
A large group of bikers sporting blaze orange t-shirts passed us early into our jaunt. Word and Deed was printed on their fronts.
Several smaller sets of riders crossed our path as we followed the river.
Three teenage boys shocked Warren and me when each acknowledged us with a “Hi” as they whizzed by.
Clusters of mothers and fathers and children interspersed with us pedestrians. A lone elderly woman rolled by atop her old fashioned bike, the kind with a wire basket leading the way.
I secretly wanted her to dingthat handlebar bell.
And after numerous attempts at deciphering the writing on the backs of their attire , Warren declared, “Make a world of difference.”
I couldn’t resist striking up a conversation with these random strangers when we came upon them admiring the Horseshoe Falls, at the tail end of our three-hour adventure. Dad positioned little Melissa so I could take this photo Heading back out on the road
﻿
﻿
In all, there were nearly two-hundred-fifty of these riders.
This dad and his crew had traveled four hours from Brockton, ON to Fort Erie, where they convened with other event supporters.
They were undertaking a fifty-two kilometer excursion.
That, Folks, is thirty-two and one-third miles!
And on this unseasonably warm day, the temperatures reached into the high 80s.
Wowsa…
Their cause?
Raising money for the fight against AIDS in South Africa.
Inspired by their drive and dedication, I gave them what little money Warren had in his pockets.
You can find out more about the Word & Deed organization’s work here.
I’d surmise that each of those champions rode with the belief that I Am the Cure.
Not just for what ails them personally, but for the woes of the world.
An individual part of a collective body, we are they cure…
If we choose to be…
Who knew there were two Bs in Happy and that they could make such a world of difference in our lives?
What about you? Are there any Bs in your Happy? Share them here and color someone else’s world bright.
Soon…
﻿