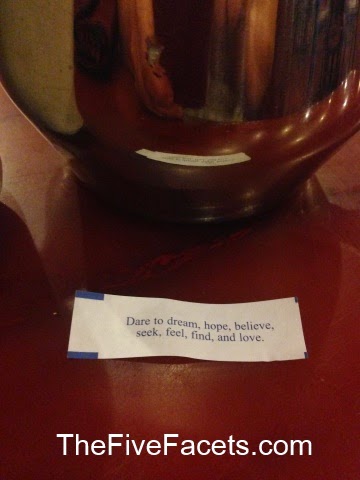 “Dare to dream,  hope, believe, seek, feel, find, and love.”
~Chinese fortune
This morning I had one of those mother-child moments that was both extraordinary and ordinary.
“I think you’re a pretty good egg, Big Guy,” I said to my son after he remembered that I’d asked him to unload the dishwasher, “regardless of what everyone else says about you.”
He smiled.
He knows.
One of my week’s Happy Moments came when my work involved accompanying his soccer team to a game.
His coach and I had a rambling conversation about students and teaching and parenting and shared different experiences.
He was expressing a few concerns about his son’s quiet nature and wondering if it might lead to him being overlooked or becoming a target for bullying.
His kindergarten son was reading at such an advanced level the teachers were sending him to read with second grade classes.
I shared with this father how my own son had many of the same traits when he was younger and how they ultimately conveyed into him being someone who leads by example more than authority.
“If B grows up to be anything like your Big Guy I’ll be one happy father,” he said. This young man’s peers also voted him in as National Honor Society President
That right there should be in every parent’s handbook: Tell other parents they’re doing a good job.
Hearing from others that our hard work is appreciated, that validation that we have achieved some modicum of success as a parent is so rewarding for us, isn’t it?
Lord knows there are plenty of people who tell us when we aren’t getting it right.
As a mom, it’s my job to let my children know when they’re doing something wrong, but I feel it’s equally important to let them know when they’re making positive splashes in the world around them.
And, like this morning, I try to let them know when they are bright spots in my day.
“So,” Big Guy says to me as he put a mixing bowl into the cupboard, “on that note, I have something to tell you.”
“Is this where you tell me that you got a speeding ticket?”

I ask half-jokingly. Though he is a responsible driver, he does seem to have inherited my lead foot.

He laughed. “No, not that. I’m on the Homecoming Court.”
After a little banter about parents showing up at the dance I promised not to embarrass him any more than any of the other parents would their kids.
But truth be told, I wouldn’t have thought about intruding on the school’s soiree; I would have just taken photos at the football game like I did during Fave’s senior court nomination presentations.
I still might do just that…but then again…there are memories to be made!
After our light-hearted repartee, I ended up chasing Big Guy through the house with both of us in a side-splitting laugh, as I tried to give him a kiss…
Laughter. It does the body, the brain, and the family bonds good…
I had another sort of homecoming this week, Journeyer, one that involves my marriage.
You know how we sometimes reach a point where we don’t see hope or where we’re ready to throw in that proverbial towel?
We find ourselves thinking about ways out of our situation, imagining a different life without realizing that we’re doing so.
We do it all the time: We dream about having a different boss, a different job…house…car…and that family who lives three doors down?
Yeah. We want their lawn.
“You can’t work on a marriage if you’re walking away from it.” That’s basically what our new counselor said. “What have you done to come toward the marriage this week?” he asked us during our recent session.
One of the things Warren did was to set up this little welcome home surprise that greeted me at the end of a very long work day. I felt uplifted and loved.
But the sad truth of the matter is that I still had one foot out the door, and so those feelings were fleeting.
“I’m afraid I haven’t been successful in that department,” I replied to our therapist’s question.
I’ve known for a couple of weeks that I either needed to step back in or step all the way out, but I kept lamenting to myself that I didn’t know how to do either.
At the end of the session I realized something about myself: my inaction was making me feel a bit petulant.
I chose to turn off the separation notions and to lean back into my marriage.
Like philosopher Lao Tzu says, “The journey of a thousand miles begins with one step.”
Following that session, Warren and I went out to a favorite Chinese restaurant, where the Fortune Gods validated my decision to step back toward my marriage: “Dare to dream,  hope, believe, seek, feel, find, and love.”
Speaking of strides, I was so glad to get out today and take Thunder dog and myself for a walk! Look at the light bursting through the foliage!
With all of the extra hours at work, it’s been almost two weeks since we’ve had a decent jaunt, so today we went about a mile-and-a-half.
Look at the colors and the glorious light that adorned my path! Other moments that brought me back to my happy center include Fave sending me a photo of some silliness he and Squirrel were hatching…
A long talk on the phone with Beauty…
And the insurance notice that I have been granted a new, non-smoker rating, complete with a rebate check! November 16 will mark eight years since I kicked my smoking addiction to the curb and I can honestly say that hardly a day goes by that I don’t rejoice being a recovering smoker…
One of the things I did when I quit smoking was to set aside what would have been cigarette money, which I used to treat myself with things like a shopping spree or a day trip and a show in New York City.
We should always remember to pamper ourselves now and again.
This is one of the first weekends in months where I had two days with no travel planned and no obligations, and it couldn’t come at a better time given a cold that started three days ago.
Since Warren is out of town on a job, I decided to end the week by inviting a friend over for a movie night.
She brought the popcorn and I set up a pedicure station… And though the film wasn’t quite what I’d hope it would be, the camaraderie was stellar!
I can’t think of a better way to round out a week…
What about you, Journeyer? What experiences signaled the arrival or return of your own happy moments this past week?
Until next time, yours in healing, hope, and happiness…
Soon…
~AE