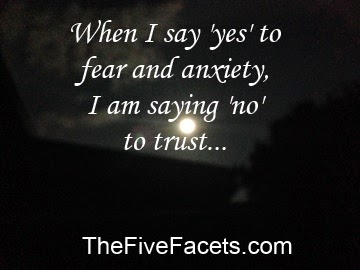 Journeyer, you’re not going to believe this, but we are on the road.
Again.
{Insert Chuckle.} You know that old saying, “Sometimes it’s better to laugh than cry.”
The only thing I’m not really looking forward to is these next several thousand miles as we drive from New York to Charolotte to Nashiville to Shreveport…before loading up Fave’s house and making the eight-hundred-and-fifty mile trek back to Charlotte, where our boy is relocating to.
And then we have the five-hundred-plus mile drive back home…
I’m not looking forward to what all those hours in the car are going to do to my already tight muscles.
So I’ve tried to prepare as best as I can: I’ve packed my best pair of walking sneakers and am determined to take the timeto give myself a daily walk.
I matter enough, my body matters enough that I am making that commitment to myself.
I am looking forward to taking in scenery as I set out on foot in these different parts of the country.
Warren and Fave have a weekend seminar in Nashville, and I expect that region to be simply breathtaking as I meander on foot.
In preparation for this trip, Hubby has been working all sorts of crazy hours.
And I do mean CRAZY.
He’s been leaving the house before eight in the morning and working until eight, nine, ten…even eleven o’clock one night…
Those changes in schedule tend to create a bit of anxiety for me, body memory of those days of infidelity.
Warren has also picked up a few extra jobs, regular customers who have had some immediate needs that he found himself saying ‘yes’ to.
Toss in a few other minor details like a title that hasn’t arrived for a truck he recently purchased, which necessitated a great deal of time tuning up another vehicle…well, you can see why he’s been away so late every night.
After finding out he’d taken on yet another job, this thought went through my head: When you say ‘yes’ to one thing, you are saying ‘no’ to another.
Of course I was thinking of it in terms of: You saying ‘yes’ to that job is saying ‘no’ to dinner with the family, it means the leaking shower head is going to leave rust marks on the tub for at least another few weeks…
He doesn’t have a problem saying NOT ‘no’ to everyone else.
That is where our brains go, right?
But then it dawned on me.
That philosophy works on my end, too.
When I say, ‘yes’ to the fear and the anxiety, I am saying ‘no’ to trust. That sort of apprehension is like a hazy pollution that clouds my memory of all the times he is home for dinner and for all those times he does say ‘yes’ to the house, the kids, the lawn, the leaky toilet, to long hot tub soaks beneath a sky filled with shooting stars.
You know that conflict that’s gnawing at your heels right now?
What is it?
To what are you saying ‘yes?’
Do you have financial worries?
Are you saying yes to Starbuck’s and eating out and movie nights?
Warren and I took Beauty and Big Guy for dinner and a movie the other night, to the tune of a one-hundred dollar bill!
The dinner tab included waters all the way around and a twenty dollar certificate at Olive Garden.
And our movie treats were comprised of four one-dollar boxes of candy.
The fact that that type of double-header outing is a rare treat for us is what allows us to travel as much as we do.
That and the cooler of drinks, fruits, veggies, and homemade sandwiches that we always pack.
What other things can you choose to say ‘yes’ to?
So often we allow ourselves to get swept up in drama or turmoil or uncertainty.
And though it’s a pretty natural reaction, what also tends to come with these occurrences are the feelings that we are not in control. Of anything.
We begin to feel that we don’t have any sort of choice.
And, yet, ultimately, we do.
Even when unsuspecting sadness or joy or anger descends upon us, we can choose who we react to it.
Choice is the foundation upon which The Five Facets Philosophy is built.
Whereas tragedy or misfortune, and the grief that ensues are often not within our power, healing is.
When it comes to healing, we are absolutely in the driver’s seat.
Today, I’m choosing to begin a new reflection and to spend more time focusing on the choices I’ve been unwittingly making…
What about you? Can you identify a particular incident where saying ‘yes’ to something might make a difference in your life or heal some hurt?
Until next time, yours in healing, hope, and happiness.
Soon…
~AE