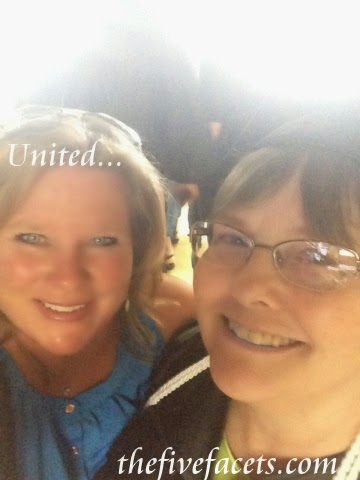 It’s an early summer Sunday, Guys!
And you know that always means at least one of two things: 1) I’m working on the weekly edition of this Happy Happens series. 2) We’re probably on the road, again, destined for some athletic event.
For the second time in two days, I’m on my way to Syracuse.
Yesterday had me buzzing down Interstate 81 to attend my good friend’s college graduation.
She did it, Journeyers! She and the rest of these adults followed their dreams and didn’t let life or work anything else come between them and that desire to be a college graduate.
One of the speakers spoke about how these people, students and professors and staff are forever united as the class of 2014.
Afterward, we stopped at this amazing restaurant for a bite to eat. If you’re ever in the Syracuse area, check out Kitty Hoynes, a quaint Irish pub, where the food and ambience are sure to please! This Cranberry Turkey couldn’t have been any more tender nor any tastier! As I write this, I can’t help but fondly recall our Philadelphia trip and our time at ThePlough…
Today we’re making the two-hour trip for another soccer game.
I returned home yesterday, just in time to host this team’s year-end gathering.
“You’ve got thirty people coming to your house tonight and you’re out of town?” several people asked me during the day. “However do you manage that?”
It was a unified effort, I must say. We divided up the chore list and Warren and Big Guy and Beauty and I each tackled our assigned tasks.
That, coupled with the fact that each of the attendees brought a contribution, made for an easy and enjoyable event, before and after!
We’ve hosted a number of these boys many times, from one team or another, and I’ve said repeatedly that we’d “welcome them every day of the week and twice on Sundays.”
United in more ways than one, they are a truly remarkable group of well-rounded and delightful young men, so much so that several of them gave me hugs when they left.
Today marks that last game of the season for Big Guy as he’ll be away at a Boys’ State conference during the last two events.
After the partygoers left last night, my boy came to me with this jersey. “Mom, can you get these stains out?”
I’ve never seen anything quite like it, Journeyers!
We finally determined that the  stains had to be from dried on sweat that’d been let go for who knows how long…
You parents of athletes know that saga all too well, don’t you?
Thank you WorldWide Web and Google and all you posters who write about things like simple household remedies.
I tried the simplest first, dousing the stains with hydrogen peroxide.
Unfortunately, I fell asleep and didn’t remember the shirt until I discovered the still-soiled shirt a mere forty minutes before we were supposed to leave this morning.
If you ever find yourself in that predicament, don’t worry, Journeyers!
It took all three remedies: hydrogen peroxide, then a cream of tartar/warm water/crushed aspirin concoction, a good scrubbing with an OxyClean paste to get it clean, and then a quick wash cycle. But I did it!! Now, I know what you’re thinking, you can’t wash and dry anything in under an hour.
Sure you can, if you’re willing to be a little creative.
All you need is an open car window, a good grip, and a great sense of humor. So, working backwards through the week, I attended a TEDxSalon event with a friend.
One hour. Four TEDTalk videos. Endless inspiration.
“Which was your favorite?” the event organizer asked.
My first thought was that Shane Koyczan’s big and bold presentation about bullying was the most moving.
But then, pausing before speaking, I realized that the fireman, Mark Bezos, who was sent into a burning building to retrieve a woman’s shoes, moved me even more.
Though his speech was small and quiet, his message that any of our actions, even those that are seemingly simple, can make a lasting impact on another’s life.
That, Journeyers, is the very foundation of this Happy Happens series.
Every single day, our lives are filled with subtle moments that carry as much value as those loud and in-your-face events.
Maybe those harder to see instances carry even more value, because we aren’t expecting them, because we don’t take them for granted…
Take four minutes out of your day and watch Mark’s talk. You’ll be glad you did. Promise.
You’ll also want to spend twelve minutes of your work break and watch Shane’s ever-so powerful performance. You’ll likely not know what hit you most.
And my new friend? I enjoyed getting to know a little more about her and her life at a cozy table for two at this supermarket that never fails to deliver.
Speaking of friends, I’m proud to say that Warren and I just passed a milestone.
A silver wedding anniversary. Warren selected a blue diamond engagment ring because he wanted something
that would differ from the rings his divorced friends were purchasing for their future spouses
We have been friends for more than half of my life. That relationship is the foundation that has seen us through some very difficult times, even this most recent one.
Another of my trusted comrades suggested that I take down my HOLY MATRIMONY! post, fearing that it puts me in a negative light and that it is contradictory to my book’s message of hope and healing and inspiration.
After much consideration and a conversation with a new blog follower who doesn’t have the personal attachment to the situation and feels the post reflects a nice balance between struggling and determination to overcome, I’ve decided to leave an edited version of the post.
As she says, “you can’t have light without darkness.”
You see, just like life, marriage—rapports of any kind, really—isn’t always predictable and pretty.
It can actually be messy and quite contradictory.
We are all human afterall…
We all have weak moments and we all misinterpret communication and action.
We all face frustration and fatigue and at some time or another we let fear guide us.
Those who are close to me know that I don’t quit until I’ve exhausted all hope and resource.
For them, “I’m done” means I’m moving on and not looking back.
What I didn’t know when I made that statement was that Warren and I didn’t understand, or remembered differently, the way in which we were going to move forward with regard to counseling.
Miscommunication.
Misunderstanding.
Neither of us can say for certain where that confusion lies.
So I choose to retract my words and replace them with I’m not done.
Anyone can admit defeat, but the strongest don’t give up when Hope is placed on the proverbial table.
In lieu of gifts, Warren and I had planned to take an anniversary trip, but have been waiting to decide when and where until after his rehabbed house sold.
Not being able to decide between two cards, I decided to purchase both for him and then a little brainstorm hit me, a spin-off of the fiftieth birthday gift my mother gave me.
I bought blank greeting cards and wrote simple little messages in twenty-five of them, some reminders of humorous stories from our years together, some simple notes of gratitude, and other inspirational tidbits. The sentiments moved Warren to tears.
We’re making progress, Journeyers, moving forward, making amends, and striving for continued success, despite the adversities that have threatened to divide us…
In other news, I couldn’t be happier for the gals over at The Indie Chicks! Jewels and Chiara were one of the first online magazines to publish my pieces. And speaking of unity, these girls and their new cohorts are on fire! In two short years they have fearlessly defined themselves, their audience, their goals, and have just released their second PRINT EDITION, which can be found on your local Barnes and Nobles shelves!!!
And a little off the beaten subject, my work took me to two places close to my heart this week.
First up was the nature center where we donated our ball python. I was elated to learn that they take Fluffy (yes, Fluffy the snake!) for all of their education programs, and that they use her for birthday parties! She is receiving so much love and attention and they just adore her. It really warmed my heart when the woman told me it was obvious that she was treated like a part of our family while she was with us.
Secondly, I accompanied a group of students to a local cemetery for a research project. And it just happened to be in the place where Gavin is buried.
The day couldn’t have been any balmier or the breezes any more beautiful as I walked down the road and climbed the grassy knoll to his gravesite.
Now for one bit of joyous reflection, something I overlooked while reviewing the previous week’s moments.
Our school district recently connected academics with their athletic program when they established a highest GPA accolades.
In addition to MVP for field events, my hardworking genius received this fresh award for all three sports he plays and then one for the highest grade point average for all males across all sports. And, then, unbeknownst to us, last week he was awarded several other academic recognitions and a sizeable scholarship to R.I.T. That sort of stuff definitely warms a mother’s heart…
What about you? What Moment(s) made you smile or filled you with a sense of joy?
Until next we meet again, yours in healing and hope and happiness…
~AE
Soon…
OH! I almost forgot!!! I also signed up for a Hay House writing workshop in Denver! I leave this Friday!! I’m SUPER EXCITED!!