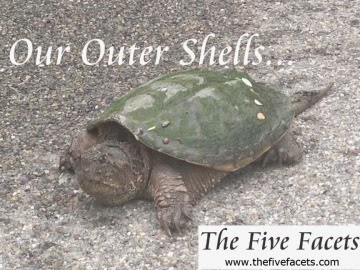 It’s Monday evening.
Dinner’s been eaten and dishes have been washed.
Everyone has scattered in different directions and I’m watching 50 First Dates for the fourth or fifth time in the last three days.
Yesterday I began this post with lyrics from the last song of the movie.
“Someday I’ll wish upon a star,
Wake up where the clouds are far behind
me-ee-eee…
where troubles melt like lemon drops,
high above the chimney tops…”
Why am I watching this same one-hundred-and-five minutes show again and again?
Because this film makes me smile.
Every. Single. Time.
And I need smiles because I’ve been angry for three days.
Threedays, Journeyer.
I’m not normally one to go to bed angry but every morning I’ve woken just as pissed as I was the day before.
Here’s what it boils down to. Warren absent-mindedly went against an agreement we had regarding one of our children.
I am hurt.
I feel invalidated.
I feel like I’m not being heard, like my voice doesn’t have value.
I feel like we might not ever quit fighting over the same things.
I feel like I can’t trust him.
I am so torn, Journeyer.
You see, how many couples have you heard say that their arguments are always the same?
As much as I don’t want to keep doing this sort of dance, I’m wondering if my extreme frustration doesn’t have something to do with mid-life, if I’m not expecting too much from the relationship, if there is such thing as relationships that don’t involve so much stress from time to time, or if the truth of marriage lies somewhere in the middle of all those things.
What I do know is relationships require work and attention and consideration and compassion and energy and time…
And sometimes it takes a tough outer shell to get us through the tough parts…
A hard protective cover to help minimize damage during those topsy-turvy times.
An outer shell like the one this guy is sporting. Finding this creature in the middle of the road less than a mile from my house was one of my happy moments.
But I must say that my attempt to rescue him from the middle of the driving lane was no more successful than 50 First Dates’ Ula’s attempt to escape Lucy when, thinking he is a bad guy, she chases him down and beats him with a baseball bat.
As crazy as it sounds. I can’t help but laugh every time that scene plays out on the screen.
Speaking of this chick flick, it certainly would take someone with nerves of steel and love as tough as nails to keep coming back every day to a person who doesn’t have a clue who you are and who often rejects you.
And yet, there’s always hope to fall back on, right?
Hope that frustration and sadness and anger all have the ability to dissolve into something softer, something that makes us smile and sweetens moments of our day.
Speaking of smiles, the following shells added a little pleasantry to the last seven days, and as the week wound down into some pretty tough times, these moments helped ease the tension…
Fresh strawberries with Splenda and a little whipped cream atop a fresh angel food shell… Shifting through Zee’s five gears and knowing that despite needing a little TLC, her exterior is not only as solid as they come, it’s no worse for the wear of her many years. A moon that broke its way through the daylight. And this fiercely curious cub who likely took off exploring while Mama Coon slumbered. And then there’s the baby milk snake that Fave and his girlfriend found while fishing, and the habitat I found atop my buffet. Though that doesn’t thrill me, I couldn’t help but smile at the delightful curiosity that my children still have. Remember the turtle above?

When I tried to move him out of harm’s way, he shifted his weight toward me and dug in his feet to leverage himself so that I couldn’t budge him an inch.
That’s sort of what we all do, huh?
When we need to we can dig in and hold on for dear life with our hard shells.
But then there’s also that softer side, the playful and sweet and silly and harmonious that helps us float above those chimney tops, those places where troubles do melt like lemon drops…
Resilience and persistence and hope and strength are all worth smiling for, don’t you agree?
What about you? What bright Moment(s) brought a bit of strength to an otherwise dreadful day for you? What soft Moment(s) added warmth to your week? Share them here and spread a little Happy!
Until next we meet again, yours in healing and hope and happiness…
~AE
Soon…
p.s. The turtle? You’ll be as relieved as I was to know he managed to take himself safely across the road.

2 Comments on “Our Outer Shells”