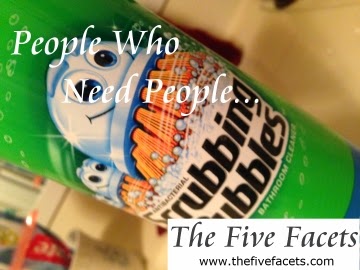 Journeyers, for the first time in I don’t know how long, I missed a post in this weekly Happy Happens column…
And now this one is going to be two or three days late…
It’s been a grueling three weeks, a time period when I nearly bit off more than I could chew, so to speak…
Last spring I signed up to become a summer trainer at work, figuring we could use the extra money, but little did I know that my number in the queue wouldn’t surface until March 7 of this year.
I almost turned the job down because of fear.
You see, my trainee’s job, thus his entire lifestyle, would depend on me to teach him properly and timely and thoroughly.
That’s a pretty big responsibility in my book and I couldn’t help but wonder if I wanted to feel the pressure of all that, if I was even capable of meeting those expectations.
Fear.
What if I fail?
What happens to him and his house and his car and his children and [insert whatever] if I don’t accomplish my job and he doesn’t get to keep his?
You know what I did?
I’ve always told my children that fear isn’t necessarily a bad thing, because it means we care enough about whatever it is that is causing us fear that it’s important…
So, what happened is what usually happens: Courage stepped up and walked right beside Fear.
How many times have you heard “Kick it to the curb,” whatever it is that we don’t want?
That doesn’t seem to be very effective, does it? It just sort makes us run away, which doesn’t help us, really.
This is how Courage and Fear work side by side: Fear says “I don’t think I remember everything the one-hundred-percent right way and I might screw up.”
Courage steps in and says, “Okay, then, you have a manual that tells you everything you could ever want to know about this task, so let’s get crackin’.”
Fear says, “What if I fail or mess up?”
Courage says, “What’s the absolute worst that can happen? He can retake the test at least once, can’t he?”
Fear wakes me at all hours during the night, when I normally sleep like the dead.
Courage says, “It’s going to be okay. You got this. Go back to sleep.”
That’s the sort of exhausting dance I’ve been doing the past two weeks.
I’ve also been in the finishing stages of something very tiring but very exciting: I’ve been working on a grant application, Journeyers, one that will afford me the financial resources to hire people to help me do all of these things that I have been having to teach myself and then orchestrate.
Things like SEO and website design and trying to have some basic idea of HTML code…and on and on…
If I’m successful in the grant, I will have an opportunity to meet countless people who will believe in my passion for The Five Facets Philosophy on healing, a bridge/guide/roadmap that helps people transition from loss to healing.

People, Journeyer…people who know people who are suffering…people who are enthusiastic and creative and doers and business men and women…philanthropists who care about their neighborhoods both far and near and who are looking to make a positive impact on those communities…people who want to be part of a solution…

This organization has followers in the hundreds of thousands…and among them, people who will see the merits of this little project with a really BIG heart and want to help her fly, people who will carry her to the far corners of the earth, places I alone could never dream of reaching as one individual…

I always said to my children, to anyone who would listen actually, “Many hands make light work.” I believe wholeheartedly… All those interested people will bring more people who will help put this philosophy into the hands of those who need her most…

Regardless of the outcome, the process of answering the questions has proven invaluable these past several months as it forced me to pull all of my ideas out of the clouds, to really take a hard look at them, to assemble them into something that is more tangible, and then be able to explain the concept in as few words as possible, to actually teach someone else what it is I want to do.
No matter how you slice it, that is time well spent.
Energy use that leaves me feeling tired yet energized and content and happy for a job well done.
Even though I haven’t put pen to paper (or fingers to keyboard) for this column for two weeks, I have been thinking about it, and what keeps coming to mind is our human connection.
Streisand’s People who need people lyrics has resounded in my head for a week.
People who need people are the luckiest people in the world.
The social facet.
The personal element at the top of my Five Facets hierarchy.
Here are a few of the other Moments of the past two weeks that fed my happy.
If you’ve been around these parts very long, you know how much I despise cleaning and how happy I was during the brief time I had a house helper.
When a change in her day job forced her to eliminate some of her private clients, I was so sad, but figured I’d just have to become a little more creative myself.
Last weekend, as I was scrubbing the showers, I all but sang out loud this little jingle: “We do the work so you don’t have toooooooooooo!” Do you remember that little ditty, Journeyer?
People like me need people like the SC Johnson family, those geniuses who put out products that make my life so much easier.
AND then find ways to make me smile while doing the drudgery stuff.
Not to mention the fact that when the hard work is easier, I have more time to do things that truly bring me joy, like get togethers with girlfriends.
Have you participated in a Wine & Design event? If not, they have locations all over the country. You should definitely check it out! I also won another book giveaway! This one’s all about women and friendship and I can’t thank Carol Cassara for this giveaway, one that reminded me that luck is always right around the corner…

Speaking of camaraderie, Big Guy celebrated his seventeenth birthday this past weekend by gathering nine of his buddies at our house on Saturday.
If you’ve been with me long, then you also know how happy entertaining makes me!
As I stared across the disaster that was my kitchen Saturday morning, all I could think about was how happy I felt during the preparation for this event. Of course, that joy might have a little something to do with how this group of boys always raves about my cooking and how much they enjoy hanging out at our house.
And then the laughter and the chatter and the sounds of friendship… All those things surely does a Mama’s heart good. Don’t they?

The few days of glorious spring-like sunshine and warming days also makes my spirits soar!
On the first forty-degree day, two weeks ago, I took my old boy, Thunder, for a walk, one that I just didn’t want to end, and one that entailed only a light-weight hoodie.
No heavy down coat! No gloves or hat or scarf or clunky boots!
The sound and sight of the creek’s running water was a sight to behold! I even heard and caught a glimpse of the season’s first woodpecker!

Realizing that I ultimately had to be able to make the return trek back home, I finally turned around at 1.9 miles.
Can you tell how exhilarating that bit of fresh air and exercise was?
To cap off the week, I ended my own book giveaway on Saturday. Five lucky ladies won autographed copies of Digging for the Light: One Woman’s Journey from Heartache to Hope.

Reading their excited comments, as well as two from readers who have been really down in the dumps as of late and needed some sort of boost…well…it couldn’t have been a more fulfilling end to the week… Simple moments, Journeyer…one by one they fill that happy organ inside of us…

OH! I almost forgot!!! I also received my first royalties for Digging! Having this book published was just a dream a year ago, and now…it’s really happening!
No, it’s HAPPENED! And my bank account has an extra $28.63 to show for it!!!
It might not seem like much, but to me it’s a sign that I’ve made it.
I’ve achieved a goal. And I do believe that this is just the beginning…
Thanks for being a part of my journey!!!
What about you, Friend? What Moment(s) brought a smile or a feeling of accomplishment or warmth to your week? Did any of them have to do with some connection to others around you? Go ahead, honor your happy and share your experiences here!
Soon…