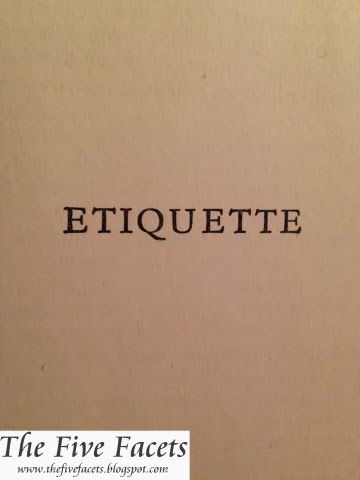 Numerous people have reached out to me, in some way or another, to discuss how someone is causing them angst.

Every single person has expressed frustration and anger and concerns about how to move forward in the relationship.
In the past four months, two of these women have been dealing with anxiety pertaining to their own mothers.
That, my friends, is a quandary of epic proportion.
Each conversation has included some version of, “My mother won’t quit trying to run my life.”
She is constantly telling me how to clean my house, fold the towels, raise my children, spend my money, what car I should be driving, what brands I should be buying, that I need to lose or gain weight, controlling our time together, and reminding me that I’ve failed…
You know that old saying, “Mama knows best?”
Yeah, that one.
Sometimes she does.
And sometimes she only thinks she does…
Here’s what I’ve discovered when dealing with my own kids: When I’m angsty about their behaviors, it’s not about them.
It’s about me.
What do/will other people think?
Last summer, Beauty spent most of her non-working time traveling back and forth to her out-of-town beau’s house, and when I snapped at her about it one day, her older brother piped up, “Mama’s jealous.”
“You’re absolutely right I’m jealous,” I barked at him, “because I want to spend time with her and I want the same opportunity to get to know him that his parents have in getting to know my daughter.”
And though that was the partial truth, here’s the rest of what was running through my head:
Am I not good enough?
What do they have to offer that I don’t have?
Their home isn’t any nicer than ours. She hardly ever cooks and I love to wait on people…
Do my kids hate me?
Am I losing my kids to someone else?
Do I embarrass her?
Go ahead, add your own tortuous thoughts.
I felt like a failure.
And, honestly, I think I can trace every ounce of conflict I’ve experienced with regard to my children around that fear.
I was recently sharing with a gal who reached out the It’s not personal philosophy, and though I could tell that she understood the concept academically, she wasn’t quite grasping it emotionally.
She described her mother as maniacally organized.
Every object has its place. Every seam needs pressing. Every surface gets the white glove treatment.
When Mother comes to visit, Daughter stresses for days about making sure everything is put up, put away, and still, when Mama comes, this grown woman feels as if she’s been put in her rightful place of wrongness.
Daughter seems equally tormented that she doesn’t measure up to Mama’s standards, disheartened that the matriarch won’t spend the night at her house, and thankful that visitations are short and sweet.
“Who the f— cares if the towels are folded length ways or width ways?” she lamented to me.

“Okay,” I said, “it sounds to me like your mother is a classic, die-hard Emily Post type of person.” “Yes, she is!”
“So, here’s the thing, she’s not upset with you, she’s upset with herself.”
“How do you figure,” Daughter asked.
“As far as your mother is concerned, all those rules and responsibilities define what it means to be a proper woman. If she doesn’t do those things just right, then she’s failed. Right?”
“Yes, but she does all of those things, so what’s that got to do with me?”
“When you don’t fold your towel the way she thinks it has to be done, the right way, then she ultimately feels like she failed at her job of teaching you how to do it. Her frustration comes from a sense of her own failure.”
As someone who’s a classic repeater—saying the same things over and over—I’m all too familiar with one of the reasons we keep harping on something: because we feel like our thoughts and feelings aren’t being heard or understood or validated.
One of the best parts of the work I do is seeing people smile when they resolve some tiny piece of internal conflict.
“I never thought about it like that,” she said.
The two have been butting heads because each of them feels inadequate, yet neither has recognized the sense of insecurity.
This is a strategy I offered her: Let Mama know how much you appreciate everything she taught you, how well she prepared you to be independent and responsible, not only for yourself, but for your own children. And when the conversational door opens, let her know that certain things, like where to place a linen seam, just aren’t important to you.
What we all need is to feel that we haven’t failed and that we are appreciated.
It’s important to note that Mama might have to hear this same sentiment over and over, as it takes time and practice to develop new behaviors and new ways of looking at something.
It’s also vital that we realize we aren’t in control of whether or not this other person will choose to shift her thinking.
If she doesn’t?
Please, please, please, remember: It’s not about you.
It’s become one of my mantras, a cue to turn off the negative chatter in my head.
And then, there’s always this: If it appears that Mama isn’t going to change, then invite her over to hang out in your linen closet.
Be sure to let her know how much you’re looking forward to sitting down to catch up after she’s done making herself feel right at home.
And by all means, DON’T FEEL GUILTY ABOUT LETTING YOUR MAMA DO SOMETHING THAT MAKES HER HAPPY!
When you go to grab a towel the next morning, admire the organized neatness for a moment, smile, and remember all the reasons you love her so much…
Certainly, that’s what Emily Post, a mastress at modifying the codes of social engagement to meet the demands of changing cultures, would do… Post’s 21st Century modus operandi might just look something like this: Every home has an outward appearance that says People reside here and an interior continually to be seasoned with love and incessantly to have that lived in look. For those that dwell within it, there are meals to be prepared and served (sometimes culled from the leftovers and eaten on paper plates in front of the television), laundry to be washed and dried and sometimes piled next to the sofa’s occupants, family pets to brush up against you, funny bones to be tickled, and perhaps children to be rocked and read to. When the doorbell rings, put down the broom, pull up a rug, give your guest your undivided attention and visit for a spell.
Those are things a well-appointed woman believes in…
Soon…
﻿
﻿
﻿