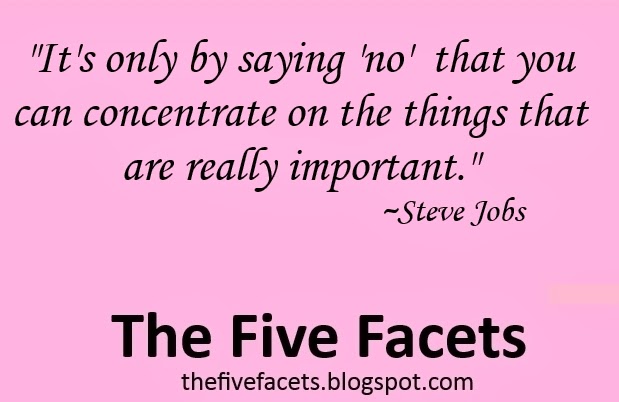 Last Friday our office had a meeting to discuss the new health insurance options our district is considering.
True to my usual form, I asked several pointed questions.
Afterward, our union director approached me and asked if I would be a representative.
“I’m honored that you’ve considered me,” I replied, “but ‘no.’”
“Why?” he asked.
I proceeded to rattle off my list of duties: Work. Bookkeeper for Hubby’s business. Mom chasing her cherubs all of the country. Writer and speaker.
“You’ve got a lot of irons in the fire,” he said, and then he went in for the kill, “but it really doesn’t take that much time.”
This is a lesson that I am going to relearn a thousand times in my lifetime: It doesn’t have to be me.
But, as is often the case, I allowed this debate to derail what I knew in my heart to be what I wanted, mores o, what I didn’t want.
The last thing I want to do is take on another job, especially one that involved labor disputes, dealing with people who aren’t doing their job and/or are creating drama for others.
He came to me. How flattering. That makes me somebody valued. If not me, who?
“I’ll tell you what,” I said, “I won’t just shut the door on your offer without talking to other people who are involved first. Give me a few days and I’ll get back to you.”
And so it began.
I spoke to two of the three other involved people in our building and then to a friend who has similar experience.
Union representative might not look to bad on a resume.
Are you CRAZY, Annah?
When I went to bed last night, I had no idea what I was going to do, but this morning, when I crossed paths with this guy who sees my potential, I knew exactly what I wanted.
“Hey, I want to thank you for considering me for that position, but I’m going to respectfully decline as I just don’t think I can devote the time it needs.”
I even went so far as to offer the names of two other people who I felt would be suitable candidates.
Want to know something even more humbling? He’d asked them before coming to me, along with a third coworker, and all three had turned down the offer.
Can I tell you how good it feels to say “no” and to stop feeling badly about it?
This little incident reminded me of a previous post, one in which I explored the personality traits that lead us to choose or agree to situations that we know aren’t right for us…
It’s such an important message I’m reposting it below.
Check it, then ask yourself, Are you someone who doesn’t have a problem telling others that you aren’t able to help them or are you one who will create fifty-million reasons why you shouldn’t say ‘no?’
Women, we need this…
Go ahead. It’s okay. Say it…
“No…”
Soon…

A Personality Peril
First posted December 4, 2010
After the Thanksgiving meal, our family conversation somehow landed on the topic of personality traits. Each of us seems to be bent toward a particular action. Caretakerand fixer are the two types our nine members discussed around the dinner table. I have thought often about my inherent nature. What I have discovered is this: I am the problem solver, the fixer. Many a dilemma places me on a path of contemplation and brainstorming, sometimes to a fault…
I first discovered this about myself three-and-a-half years ago. The work I loved had been restructured–my position obliterated–moving me from an active, on-my-feet and creative role, to a sedentary, non-innovative chore. I knew I wanted to make a change. But should I? And, what? These were the questions rattling around in my brain as I faced the ensuing changes.
Within two weeks of my boss’ notification, I received a phone call from a local organization who was looking for a manager for one of their departments. My name had come up in their meetings, as a person who not only had experience in the field, but would be an asset to them. They were inquiring about my employment status: Was I employed? Would I consider a change?
The stars had aligned, the universe had graced me with a potential job–precisely when I needed one–and a big ego boost, to boot.
The group needed a part-time person right away, and the job and I seemed tailor-made for one another. The position afforded great flexibility, a program needed to be created, facilitated, and implemented, and it happened to be in a specialized field in which I had expertise. But after the phone conversation, a nagging tugged within me. The workload description did not fit the quantifier part-time. Of that I felt confident. To the contrary, it would likely have included many full-time-plus weeks.
A longstanding, months-long, community wide series of events was about to begin, and the group was suddenly without a supervisor. Additionally, the organization had been discussing new, long-range objectives, and they needed an innovative person to help move them forward with their planning and implementation.
Forty-plus-hours did not fit into my active household schedule. I knew specifically what I wanted and needed, both for myself and for my family. A polite, Thanks, but no thanks, should have been the end of the interview. Yet I grappled with my decision, even more so, after the face-to-face that had me believing the company was telling me everything I wanted to hear, simply to bring me on board. Not that they were misleading me, intentionally. But, I do believe the urgency of their needs clouded their discussions and thought process.
The universe sent me this job. They had no way of knowing I was thinking about changing employment. The heavens literally opened up and plopped this position right into my lap.This line of thinking was justified and augmented by the fact that I hadn’t worked in this field for six years. I understood the image bolstering part of my decision making dilemma. But ego would not be the crux of my angst.
From the onset, I had discussed this situation with a good friend, and shared this last frustration with her. “I’m guessing they know I will get the job done, regardless of how many hours it takes…fortitude…diligence… They know I won’t quit until the project is completed. I know I’m that way, and I don’t want to invest that sort of time right now.”
“Then why are you having such a hard time saying, ‘no’?
“Because they are desperate. They need someone immediately, and–“
“And, that’s yourproblem, why?”
Oh, my sage, sage, friend, whose question landed in my lap, much like the job offer had…
Therein lay the heart of my dilemma, pumping life into my conflict.
These people had a problem. I had the resources, much of the experience needed, the skill, not to mention the ambition and drive and dedication to help them. And, they had come to me for assistance.
I was making their plight my problem.
To the detriment of my private and familial needs… The fault part of my otherwise constructive, problem-solver being…
My own little personality peril… The epiphany provided me a golden nugget of self-awareness knowledge, an ounce of wisdom…
What drives you? Are you a fixer? A peacekeeper? A caretaker? What personality peril(s) causes you conflict? Have you unearthed it yet, or does it lie dormant?