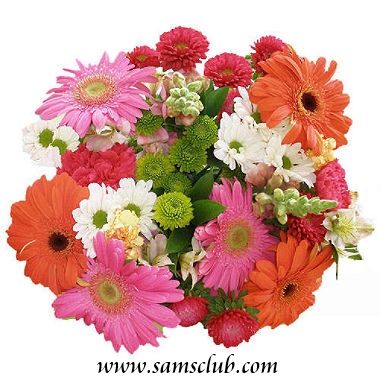 On a recent trip to Sam’s Club for a few groceries, Warren purchased a bouquet of flowers for me.
Just to say I love you was the occasion.
He’s done that periodically over the past six years, bring me small gifts for no apparent reason.
As I stared at the turtle pin that headlined my recent Going for It post, I thought about this turn of events.
You see, for many years into our relationship and marriage, I was the one who frequently wrote love notes, gave little gifts of gratitude and encouragement, and brought home cards just because.
Though I didn’t do these things to get anything in return, I did at least hope the sentiments would be appreciated.
I felt frustration when Warren cast my love tokens aside as if they held no meaning.
And when important dates, such as an anniversary also seemed to hold no significance to him—on the giving or receiving side—I have to admit I felt both slighted and saddened.
Gift giving and acts of service may be near the top of my Five Love Languages hierarchy.
After years of feeling like the presents I gave weren’t valued, I simply quit giving.
I have to admit that when Warren began giving me random surprises—be they through an act or something material—it felt very strange.
Sometimes it even felt suspect because this turn of behavior began after his second affair.
But here’s the thing, Journeyers, his change came about in spite of his reckless behavior, not because of it.
He’s said that it was easy to blame the first affair on all of the turmoil and strife in our lives.
But when the second tryst came to light, he realized he had nothing to blame it on but himself.
He began to recognize how some of his behaviors weren’t conducive to a loving relationship and he wanted to change his actions.
He genuinely wanted to do things that brought me joy.
“You don’t make the bed because you’re afraid you’ll get in trouble if you don’t,” he often uses therapist Hank’s analogy, “you do it because you know it will make her happy.”
He chose to live that motto as a way of showing me he had both feet in the marriage.
For quite a while, I sort of resisted his actions.
They just didn’t feel right to me.
But I get it now, really understand it.
In the past six years, as I’ve come to acknowledge what I do and don’t want from any relationship, I have realized that my changes don’t mean those around me are going to accept the new me, so to speak.
I’d surmise that it’s as awkward for them to cope with my new way of acting and interacting as it is for me as I’ve practiced my new way of living.
For instance, I never noticed when someone was being mean-spirited, unsupportive, or condescending.
For whatever reason, I spent years believing I was a bad person and someone who didn’t deserve the same kind and courteous treatment she gave to everyone else.
Sadly, Warren was a part of a group of people who would say and do things to put me down. Though it always came in the form of a joke or sarcasm, it wasn’t nice, and shouldn’t have been tolerated.
But I accepted it, often without even questioning, as a way of life for two decades.
And then I woke up, Journeyers, like so many of us do at some time or another in our lives.
I decided I didn’t like certain things about my life and set out to live in healthier and happier ways.
Fortunately for me, my spouse also chose to take a good hard look at this life and decided he wanted much the same for himself.
Those shifts in our behaviors were awkward at first, like taking our very first steps.
We wobbled and teetered and fell down and bruised and got back up and did it all over again.
We broke out of our comfort zones, stretching ourselves into new heights, heading into new places.
When we do that, when we try something new or different, it feels odd and scary and we often feel as if we’re inadequate.
But we’re none of those things, Friends.
Walt Disney once said, “We keep moving forward, opening new doors, and doing new things, because we’re curious and curiosity keeps leading us down new paths.”
We never know what we’ll find when we crack open those barriers, when we peak around those corners.
Maybe our new way will enlighten us even more, or maybe we’ll decide that this new conduct isn’t suiting us any better than the previous.

So we keep trying different things until we find what does bring us comfort and joy.

The adjustment period can make our search frustrating and daunting and sometimes leave us questioning ourselves.
But if we do nothing when we are unhappy or distressed, then we keep repeating those same behaviors that make us miserable.
Though we know what to expect from them, it is often our comfort zones that hold us back from living our very best lives.
One of the things that has held Warren back was a great fear of confrontation.
He would avoid it at all costs.
At our last therapy session, he broke that mold, Journeyers.
Though he became so visibly distraught I thought he might vomit, he said this to me: “You haven’t always been the easiest person to live with, either.”
It’s not funny, folks, but I had a hard time not laughing. We all have our times when we are difficult to get along with, and I’m certainly not without my idiosyncrasies.
To me, that statement was matter of fact, but to Warren, speaking those thoughts was clearly hard on him.
Nonetheless he broke out of his comfort zone to try something new.
Breaking from those routine behaviors works, Journeyers, it breathes new life into us.
The positive attention not only feels good, it breeds optimism…
What about you? Can you recall a time when you did something contrary to your comfort zone and found the change rewarding? Share your story here and help bolster others who are trying to create a different life for themselves.
Soon…