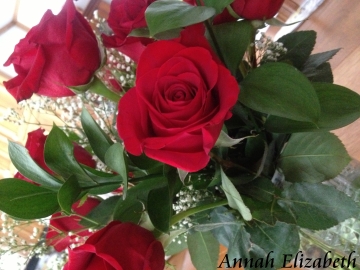 Back in July, BlogHer Family editor, Jenna Hatfield posed this question, “What would you do if you weren’t afraid?”
I’ve been working on Fear: Is It Friend or Foe for more than a week now, but it’s just not ready, Friends.
I feel this Fear piece needs as much of my undivided attention as this courage composition had, but right now my thoughts are a bit jumbled due to the early back-to-school hours and the stress of trying to compensate for the restructuring our district has done.
As I pulled it out this morning to work on it, a thought reminded me of an essay I once submitted for consideration to Newsweek’sMy Turn column. It’s a reflection on an event that happened in my tiny town in the days following 9/11.
This work wasn’t selected for that magazine, but now it has a home here, at The Five Facets.
It’s especially poignant given that today marks yet another anniversary of those terror attacks.
Twelve years.
So long ago, and yet so, so very recent…
Like so many, I still remember exactly where I was when I first heard the strange bit of broadcasting news, and then the DJ’s shouts that the second tower had been hit.
I remember the panic of not knowing where in the world or on what airline my businessman father was…
I lived three-and-a-half hours from the city center and some six-hours from the Pentagon.
The devastation wreaked on our nation that day rippled out far and wide and in more ways than we can count.
My heart goes out to each and every person who was affected by the events on that September day.
There were so many types of losses that day: loss of life, limb, financial and emotional security, faith…
But we are here, Journeyers, we are standing. Together.
Some of us have reconciled our conflicts while others are still grappling with the tragedy, trying to make sense of something so senseless.
Separately, yet jointly, we are recovering.
If you are still struggling, please know that you are not alone. Reach out. We are here for you.
It’s The Five Facets’ slogan and a truth that I believe to the bottom of my heart: “We are neighbors in grief and allies in healing.”
As you read this article, ask yourself if you see Fear holding you back from love or kindness or dreams…
Hugs and healing, Journeyers…

A Bouquet of Fear
Written August 2005
I doubt I’ll ever forget the stranger who gave me a red rose.  Or the fear that ensued.  “Have a nice day,” the elderly man said as he presented me with a single rose from the dozen or so he clutched in his hand.
There I stood, minding my own business, filling my gas tank at a station practically in the middle of nowhere, when this unknown person approached me.  What’s he doing?  I thought as I hesitated to return the smile and accept this disquieting symbol of kindness.
When I finished pumping the fuel, I tossed the rose on the passenger seat of my car where I left it for about a week.  Day in and day out, I questioned my fear of the potentially tainted flower but I couldn’t overcome my apprehension.  Thus, I watched it shrivel into dark, brittle waste.
This event took place three-and-a-half years ago, a few miles from my home in upstate New York.  Despite living in a rural community four hours from NYC and some five hours from Washington, D.C., I breathed the threat of chemical attacks that followed 9-11.
People don’t hand out long-stemmed red roses to strangers for no reason.  What if it’s coated with anthrax?  Or worse?  I tried to convince myself that the man’s action was nothing more than an innocuous gesture of good will and cheer during one of the most somber times in our nation’s history.  In addition to daily body counts, the media were reporting ubiquitous acts of selflessness.  It is possible he’s just being nice…
After all, hadn’t I bestowed my own kindness on strangers?  I gave blood.  I convinced a friend that we needed to go to NYC within weeks of the attacks on the Twin Towers.  I’d insisted we could help the then-struggling Broadway and make a statement:  We’re not afraid.  NYC stands; it will flourish again, and I’m going to help make it happen.  And, that’s exactly what we did.  We drove into NYC, stayed in a Manhattan hotel just miles from the carnage, ate at local restaurants, took in a show, and taxied into Soho to browse the art galleries. Every once in a while, something happens to remind me of that trip to NYC or that aging, rose-toting gentleman.  Most recently, it was yet another stranger offering random kindness.
About eight weeks after the Twin Towers collapsed, my eldest son began training in the sport of weightlifting.  Today he’s a national-level competitor and recently received an invitation to represent the U.S. in an international competition in Mexico.  To offset the cost of the trip, we began selling raffle tickets.
One of the first door-to-door stops we made was to a tenant-house.  We chatted for a few minutes with the neighbors we hadn’t previously met.  The couple purchased one of the five-dollar tickets, and my son and I continued on our way.
The next day, the husband, Joseph, from that same house stopped by to say he ran a delivery route of two-hundred-and-twenty customers, and he’d be happy to sell tickets for us.  When my husband told me about the offer, I was skeptical.  We don’t even know this man.  What if he absconds with the tickets and the money?  Too many tenants move out in the middle of the night, never to be heard from again.  Why would he go to such trouble for someone he doesn’t know if there wasn’t something in it for him?  Afraid of offending him, I gave him the twenty tickets he requested.
The next night I answered a knock at my front door.  There stood Joseph, smiling and holding up an envelope on which he’d written:  “17 tickets, $85.”  He actually apologized for not selling all twenty, explaining that three of his customers had been out.
I could feel the blank expression in my smile as the simplicity of his kindness vaporized my doubting brain.
“I’ll be happy to sell more if you’d like me to…” His words seemed to jumble in my stupor.  “… anything to help out the kids.”  I thanked him profusely as I handed him another twenty tickets.  I shook my head and smiled after I closed the door.  And then, I remembered the man at the gas station, and it saddened me to realize how distrustful I am, how fear-driven our society is…  There really are truly nice people in the World who simply do things from the goodness of their hearts.
In addition to raising money for this trip to a foreign country, I’ve been reading tourist tips:  Don’t carry a purse or a bag because thieves can slice it open from behind… Don’t drive at night… A driving accident will likely land you in jail… A well-intentioned acquaintance warned me against giving money to beggars, regardless of how young they are:  “With your blonde hair and blue eyes, you’re going to stand out like a sore thumb.  You’ll be mobbed if you start handing out money.”

A few times I’ve found myself thinking that I’m not so sure I want to go on this trip.  Muggings, thievery, police impersonators, being mauled…  But I’ve finally decided: I’m not going to that place of fear this time.  I’m going to Mexico.  And maybe I’ll pick up a bunch of red roses and “pay it forward” along the way. (just as this woman did with six cents.)