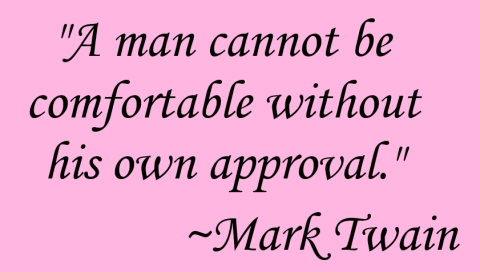 As I sat in my therapist’s office last week, a small truth began to unfold before my eyes.
“I guess I’ve just always been looking for validation,” I said.
Learning.
Growing.
Understanding, Journeyers.
That’s half the battle.
As those words tumbled from my mouth, I remembered a conversation with my first successful therapist.
I say “first successful” because my parents did take me to a shrink when I was somewhere between the age of seventeen and eighteen.
Not only did I think I knew everything, I was born at the end of an era where people just didn’t talk about their problems.
It was a conundrum of epic proportions.
And then, at thirty-two years of age, I realized that I couldn’t do it alone, that I needed an expert to help me figure out why I felt so tortured.
I consider finding Hank one of the brilliant strokes of luck in my life.
It was several years before I got up the courage to tell him about my shoplifting habit.
Though I loathed the behavior, I couldn’t bring myself to admit it to anyone until the day I involved my children.
I must have been about five or six the first time I ever lifted something from a store.
It was a roll of Lifesaver candy.
I stuffed it into one of my dresser drawers and kept running back for another treat.
My visiting grandmother figured it out and returned me to the grocery and made me tell the cashier what I’d done.
I don’t recall being overly traumatized by the situation as I made restitution and that was the end of it.
But by the time I had children of my own, I would find myself holding my breath and praying I wouldn’t get caught.
It was never anything I needed, quite often it wasn’t even something I wanted, and was never anything that I couldn’t afford.
On occasion it might be a CD or a shirt, but most often it was something like a can of tuna fish or a shaker of salt.
The day I dragged my kids into it, we were at a Toys R Us, where I picked up a pack of batteries that would have been placed in a drawer filled with every conceivable power source size known to Man or Mattel.
Big Guy, who had just begun to toddle on his own, had a habit of putting stuff into my oversized coat pockets.
That’s where I ended up hiding those double A’s.
As we were about to exit through those sliding doors, I felt like someone was watching me and I pretended to discover the batteries.
And then, to my absolute horror, I made some comment to my young boy about not putting things into mommy’s pockets.
Beauty knew better and kind of questioned me, to which I responded with a dismissal.
But I was sick about it, Journeyers.
Absolutely queasy and disgusted and full of shame and guilt and fear and scared out of my mind that I might possibly be the worst person on the planet, and the most miserable mother that ever existed.
Hank took my admission in stride. No big surprise, right?
He asked me questions like, “How do you feel when you’re stealing something…During? Before? After? Is it premeditated? Do you get an adrenalin rush?”
“I feel sick and scared. No, it’s not planned. Each time I feel utter relief that I didn’t get caught and then I feel shame for days and days.”
“Sometimes there are disorders that need to be addressed,” he said, “but sometimes people act this way because it’s a way of validating how they feel on the inside.”
I felt the weight of the world lift from my shoulders, Journeyers.
You mean there’s nothing wrong with me other than the fact that I’m trying to convince myself that I’m a bad person?

Where’s that damned Easy button been all my life? One of the (many) issues we’d been working on was enabling me to see that I needed to treat myself with the same respect and kindnesses and courtesies I gave to others.
To understand that I wasn’t somehow broken when I entered this world, that I wasn’t being punished for some indescribable wrong.
That my life—the one where I made good grades in school and people always pointed to my generosity and my value as a competent and caring and talented human being—wasn’t some big fat fib.
“My whole life has been a lie. I’ve been pretending to be this strong, capable, self-assured person,” I once said to my therapist.
He replied—I heard him enough to later write it down—“People just can’t fake that stuff, Annah. Not even you.”
I was set free of the desire to intentionally do things that made me feel bad about myself the day I shared my shoplifting habit with Hank.
That part of me simply vanished from my life, or shall I say, from my future. I dropped that baggage and left it sitting in the middle of the fork in my yellow brick road.
But as I talked with Trish last week, the dawning awareness that I’m still looking for others to support my feelings of self worth became evident.
This time, instead of looking for ways to prove my worthlessness, I’ve been seeking confirmation of my worthiness.
Unfortunately, I have spent twenty-plus years in the closest company of those whose actions contradicted what I believed in my heart to be right, and so some of my insecurity came from frequently being in a position of finding ways to substantiate the validity of my thinking and beliefs.
That said, I do recognize that that was only a small part of it.
My body’s way of responding to Warren’s last affair was to return to those previous thought patterns that were both unproductive and self-incriminating.
It’s a little frustrating and defeating when we think we’ve mastered something, and then discover that we’ve reverted to our old ways.
Those are the times we need to be kind to ourselves, Journeyers, and not break out those big old hammers we use to beat ourselves up with.
Melody Beattie, in her book The New Codependency says, “Although I’ve changed significantly since writing Codependent No More, I still step in codependent puddles.”
It only stands to reason that our coping mechanisms and behaviors become ingrained in us after years and years of practicing them.
Choosing to make a change means we must not only work to develop new strategies and habits, we must be vigilant in carrying them out over and over until they become rote, thus replacing those traits that actually are counterproductive to our physical and emotional well being.
That’s awareness, Journeyers, simple attentiveness.
And honestly, if that knowledge is good enough for someone as credentialed as Melody Beattie, then relapse is allowable for me, too.
As Fave was packing the last items into the trunk of his car, he said this, “I’m hoping to make it back home for fall break this year, Mom. I’ll let you know my schedule so you can set up that family counseling you asked about. I’m okay with doing that, but I think that for me and Sis, just being able to talk about what happened and get our feelings out was really important.”
That’s the kind of validation we need to trust in, Journeyers, confirmation that we are loved, in spite of our mistakes, and that our efforts are paying off.
My children felt safe enough not only to tell me how they felt, but to point out one of my greatest gaffes.
They felt safe enough, Journeyers, which means that my mistakes were offset by positive performance.
I might have stepped back into those ninety-eight-point-six degrees pools of self-doubt and self-loathing and insecurity, those places that were once as comfortable as my body temperature, but I don’t have to stay there, Friends, none of us do.
One word, one thought, one story, one magical friend at a time, I’m healing, Journeyers, learning and growing and finding a sense of peace with myself and with those things outside of me that I have no control over…