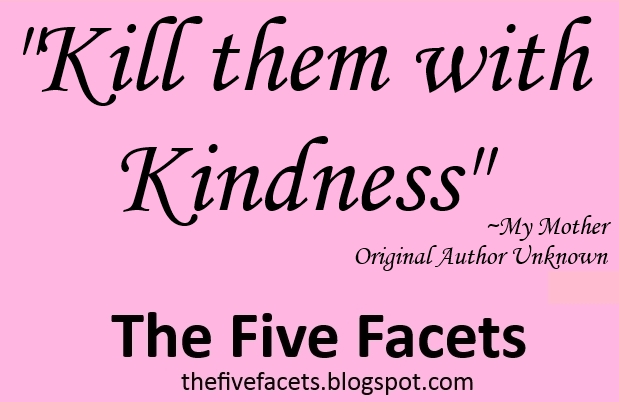 Journeyers, I’ve just learned of She Writes’ request for entries to their Three Minus One essay contest.
The call for stories involving child loss is definitely in my wheelhouse and today I’m hard at work preparing an entry worthy of the topic.
As I write, millions of Americans continue their commemorative celebration of Martin Luther King’s “I have a dream” speech.
How fitting that our country’s first black president would stand in the very spot where MLK spoke of equality, fifty years ago.
Though we’ve come a long, long way in the past half century, we’ve yet so far to go in dispelling prejudice.
The fête reminded me of this piece I wrote on Love and Hate.
I never thought about it in this context, but looks like my mama and Martin Luther King had a little something in common.
Enjoy, Journeyers.
Hugs, healing, and a world of love…

First published May 4, 2011
As a child—heck, even as an adult—I’ve felt others’ pain. I have never liked mean-spiritedness. Jokes created at the expense of others (gay, religious, academia, mental…) have always brought sadness and frustration to my heart. We are one people. We are human. And though we were created as one existence, we were not created equal, for had we been, we would live as one shape, one color…one unanimous ability in our academic, emotional, physical, spiritual, and social selves.
I have strong faith in diversity, in its power to promote growth and reshape futures. Without it our world would be a stagnant, floating sea of listlessness.
That said, our differences are often confounding, at best. We fear what we do not understand. We either run from it or attack it. That is the way of life, really, a primitive response that is inherent in living creatures. Hence, the old adage, “fight or flight.” When one or more of these traits is magnified by other extreme personality characteristics, the result can be daunting, and downright frightful.
Fear often manifests itself in anger. Next time you are angry in your gut, or find yourself yelling your angst, stop and ask yourself what you are afraid of. A fear of losing control might appear in the form of not being able to protect someone (parent, child, spouse) or something (home, auto, job, marriage).
Often, we are angry when we are embarrassed (fear of shame). Some of us fear rejection, while others yet have a fear of failure or not being “good enough.” Once we identity the fear, we have power to enact change over how it effects us. Because fear is often deep-rooted, we may have to make a conscious effort to recognize the feelings over and over, but if we can do this, eventually we should be able to create new behaviors and reactions.
Some people, however, do not address their fears and anger, which often turn into hate.
Hate begets hate.
When I was a young girl, my mom used to say to me “Kill them with kindness.” In recent years, I have found I have been able to win over the hearts of several bullies, those who are closed to newcomers. Choosing to be nice is hard, arduous, and frustrating when dealing with meanness. In the end, however, what I found with these women is that they were transferring to me the anger they held toward my predecessor. That said, there have been many times in my life when I believed I wanted retaliation, though I refrained from acting on the emotion.
Many months after 9/11, I was sharing with my husband my concern over people saying they would shoot Osama bin Laden if given the opportunity; that they would “love to put a bullet between his eyes.” I believe such behavior only perpetuates the hate, and I believe the hatred on both sides stems primarily from fear, and a lack of understanding. In my idealic version of life, there were one or more persons on this earth who have the ability to stimulate discussion and comprehension from bullies and terrorists… And yet, as my husband said, “There are some people you can’t talk to or rationalize with.” As much as I’d like his statement to be false, I know it to be true.
This knowledge saddens me, but no more than the recent celebrations resounding through the United States since the announcement of bin Laden’s expiration. Though I felt a bit of relief, I fully understood that his death in no way eliminates terrorism, which makes me wonder what is driving the elation of so many?
I am not alone in questioning this type of behavior.
Jessica Dovey, an English teacher, made this comment, which has circulated like wildfire in the past few days: “I mourn the loss of thousands of precious lives, but I will not rejoice in the death of one, not even an enemy.”
She went on to quote Martin Luther King, Jr., from his work Strength of Love. “Are we seeking power for power’s sake? Or are we seeking to make the world and our nation better places to live. If we seek the latter, violence can never provide the answer. The ultimate weakness of violence is that it is a descending spiral, begetting the very thing it seeks to destroy. Instead of diminishing evil, it multiplies it. Through violence you may murder the liar, but you cannot murder the lie, nor establish the truth. Through violence you may murder the hater, but you do not murder hate. In fact, violence merely increases hate. So it goes. Returning violence for violence multiplies violence, adding deeper darkness to a night already devoid of stars. Darkness cannot drive out darkness: only light can do that. Hate cannot drive out hate: only love can do that.”
Both of these quotes beg us to look at hate, and to ponder the merits of love. As you contemplate your own reaction to recent events, and consider your own fears, what thoughts, feelings, and emotions are unearthed? Does the inquiry provide answers to any of your questions? Most importantly, though, ask yourself if your reaction brings about any resolve, if it eradicates your conflict or turmoil …
Soon…﻿
﻿

One Comment on “On Martin Luther King, My Mother, and Killing Them with Kindness”