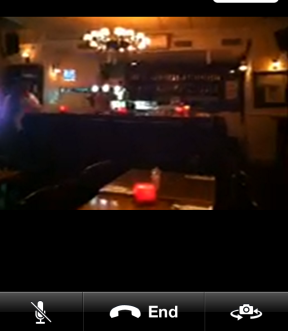 We’ve all heard the expression, “Shit flows downhill.”
The boss’ freshly dry-cleaned shirt is stained, his car won’t start, and the taxi driver is not only late, he’s rude.
The boss barks at his secretary, who yells at her associate, who snaps at the intern, who goes home and hollers at her son, who, in turn, kicks the dog because the animal’s in his way…
Sound familiar?
It’s pretty obvious that when we are rude, intolerant, unsupportive, or negligent, we do affect the moods and attitudes of those around us.
But what about those actions that are less apparent?
Those seemingly innocuous behaviors often cause unnecessary conflict and lead to breakdowns in relationships with those around us.
Learning to detect the subtle actions that negatively impact others
When it comes to our kids, there’s a difference between brainwashing and sharing our values and our belief systems.
Take military service, for instance.
I’ve encountered many people who are staunch opponents of war.
Most families I know have conversations where each member is able to discuss how and why he feels the way he does.
I’ve encountered a few individuals, however, who have bragged about how they’ve made sure their children will never enlist, even going so far as to tell their offspring that if there is ever a draft they should flee the United States.
Yet these same people say they support our troops.
The message is conflicting and the method basically strips the child of the benefits of forming his own opinions on the subject.
Last fall, SS had the opportunity to travel to Israel for his sport. He’s spent years honing his talent and many from our community have watched him grow.
Whereas supporters have been enthusiastic about his previous adventures abroad, the first question from the mouths of countless individuals was, “Aren’t you worried about him going over there?” or “You’re letting him go over there?”
Warren and I could have tried to influence him to stay in the States, and we might well have been able to deter him from going.
But why? Why would we want to limit his experiences because of our own fears?
And, let’s face it, after having survived the death of one child, there are plenty of people who would have agreed with such dissuasion.
Though the barrage of fear around me did result in making me nervous, I felt I had no choice but to be supportive.
Warren and I discussed our own personal thoughts and views and brainstormed the best way to handle our concerns.
“If something does happen to him, he leaves this world doing what he loves,” I began responding to critics, in spite of the niggling doubt that had begun to take root in my belly.
What we did do, however, was ask SS if he was familiar with the procedures and protocol set forth by his organizing body.
Had either one of us resorted to focusing our conversations on our own fears about the country’s tumult at the time, it might well have swayed SS against going abroad rather than encouraged him to find out the facts and make his own decisions.
We often create confusion and have a negative impact on our children when we force-feed our views onto them. Expressing our thoughts as personal opinion, sharing our concerns or pointing out problematic areas are positive ways of helping our children grow.
In the midst of a country at war, my son floated in the Dead Sea (in any other body of water he sinks like a ship’s anchor), saw religious relics, and contacted me via FaceTime from a Jerusalem restaurant to tell me all about it. And of the ten countries he’s had the privilege of traveling to? He declared this trip to be his most favorite. My college-aged daughter recently purchased two goldfish for her dorm room.
She’s a girl after my own heart, full of love for our furry and not-so-furry friends.
“I can’t live without my pets,” she said before leaving home.
Even so, I put my foot down when she talked about taking applying to the pet wing and adopting a new kitten.
“It won’t have anything to do with you,” she argued, “I’ll be taking care of it and buying the food. And the vet care will be free because I’ll be working in the vet building.”
As logical as her case was, there were several important areas she wasn’t considering.
Firstly, Warren, though willing to help with the pets and is occasionally caught with a feline on his lap, would be perfectly content in a home void of animals. And he’s pretty adamant about not wanting more critters to deal with.
And I have to admit that, even though I am fond of the non-humans in our home, I’m looking forward to a time when there are fewer of them to worry about when we go away.
What Beauty isn’t taking into account are those and other concerns.
Will the new pet get along with our current ones? Who will take care of it when she decides she’s going gallivanting with friends for the weekend? When she leaves for the summer to intern halfway across the country?
A friend of mine inherited her daughter’s dog when the twenty-something moved away for a year to pursue some additional training.
Two nights ago, on my way to bed I went into Beauty’s room to feed the three gold fish she didn’t take to school, as I do every evening before I turn in. One look at the water that had turned murky overnight and I knew there was a problem. I spent the next twenty minutes pulling out filters and cleaning them because they were plugged with some sort of thick, brown algae.
The algae eater is dead. The food flakes container is almost empty. And I have another task to undertake.

I agreed to tend to the fish while she was away and am more than happy to help her out. I even created this little image to lift her spirits in those early freshman weeks away and to let her know her fish were alive and well.
I am, however, a bit miffed that she purchased two new swimmers without taking into consideration where they will go during her summer break or who will be responsible for them when she can’t.
Fortunately, I have choices.
Because I’m aware of how her actions are affecting me, I can choose to set boundaries that I can live with.
In understanding my limitations and communicating them clearly, then I am able to turn conflict into concord.
What about you? Can you identify situations where you or someone else’s actions are affecting others in negative ways? What can be done to turn the situation into something positive?
Soon…
﻿
﻿
﻿