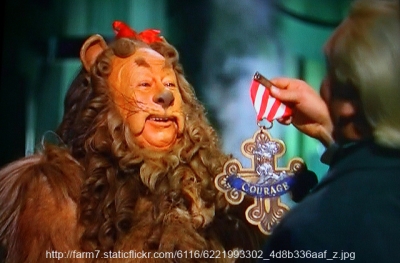 I try to refrain from writing a great deal about my children for two specific reasons.
Firstly, I don’t want to be one of those parents who whip out the six-foot accordion file of wallet photos when asked about my cherubs.
And secondly, they have surpassed that age of “Look, MOM! TAKE A PICTURE OF ME!” but haven’t yet come back around to being okay with being shared with the world.
You know how it is, how we mothers sometimes say the most embarrassing things or can be so uncool.
But here’s the thing.
I enjoy sharing my kids.
Warren and I are so blessed to have three well-rounded children who are kind and smart and funny.
Thank you, Genetics, for giving them their father’s quick wit and sense of humor.
Not only do my three share those traits that your children likely have, too, they have each survived a lifetime of uncertainty.
Not knowing when the next argument is going to erupt between Mom and Dad.
Wondering if they were going to be like the overwhelming majority of their peers, Children of Divorce, and contemplating where they would live or if they’d have to choose one parent over the other.
I’d surmise there were days when they wondered if it was going to be a happy or sad day for Mom.
It stands to reason that they’ve likely pondered the question of why their Dad cheated.
And I’m guessing they might have questioned the universe at some time or another, as to whether or not they would follow in Depression’s or Infidelity’s footsteps.
Those are the marks of Courage, Journeyers, getting up every single day not knowing what is going to follow.
I am a mother of many mantras.
I have said to my children more times than I can count, “You three are lucky to have two parents who love you, who are involved, who care and are willing to put aside their differences for your sakes. That said, we are blessed to have each of you, because you’ve taken everything we’ve offered, you’ve run with it, and applied it beautifully into your lives.”
Not that we haven’t had our challenges, trust me.
We’ve talked and begged and pleaded and banged our fists on tables.
But to set the record straight, Warren is the level-headed, logical, methodical kind of man, so I’ve been the one to occasionally beg and plead and bang fists.
We’ve sat in principal’s offices and I once found myself standing, in my underwear mind you, in front of an unknown teenager that I found in our house at four a.m.
That’s an image every person alive wishes to erase from her memory bank.
And let me tell you it takes a great deal of bravery not to bury one’s head beneath a pillow and never come out after enduring something as embarrassing as that.
Courage is about not letting our mistakes, misgivings, and misfortunes define who we are.
Courage and I go way back.
Every year, when The Wizard of Oz would come to the TV screen, my mom would make Chef Boyardee pizzas and root beer floats, and we’d all eat at the end tables in our living room.
It’s one of my fondest childhood memories and continues to be one of my all-time favorite films.
I still cringe when The Cowardly Lion first jumps out at Dorothy and Toto from behind the tree and I tear up when The-Great-and-Powerful-Oz presents him with a Badge of Courage. And though they all were granted different things from the wizard that day, they all obtained one other special gift: Wisdom.
Wisdom is what comes out of our courage, it is the learning that evolves from the hard work of understanding what is behind our fears and our failures.
Many years ago I attended a team building workshop where we were all asked to share what we believed to be life’s greatest assets.
The discussions and the giant board were filled with the biggies like: Love, Compassion, Patience, Honesty, and Integrity.
At the bottom of the long list was my little contribution.
Courage.
We were then broken into groups and given an envelope of money upon which we had to purchase the trait we found held the most value.
What we didn’t know was that the funds hadn’t been distributed equitably.
My group had received a pauper’s pittance while another group received more than twelve-thousand dollars.
When I attempted to circumvent the disparity by joining forces with other groups who had few funds, the leader nixed the idea, telling us we’d later understand.
The bidding wars and the bartering began.
And do you know what happened?
Of course all of the biggies were gobbled up first by the power-money people.
But as the groups discussed the remaining traits and the value of each, a little shift began to occur.
The most amazing and exhilarating and then humbling thing happened: My coworkers began to recognize the endless merits of that brave little word.
And then the biggest fight of the day ensued, with everyone hoping to secure Courage.
They were willing to give up everything they had for Courage.
And the ultimate message that our leader had alluded to? I don’t recall for sure, but I believe that it had something to do with the fact that our greatest assets can’t be bought, that we are born with them, and that they are meant to be shared with one another and with the world.
Amongst the items cluttering my desk are two smooth stones. In my repertoire of Mama’s Mantras is this: “Every day of our lives we can learn something knew if your mind is open to it. It might be something as simple as a person’s name, but it is something learned, nonetheless.” ﻿
One of the other quotes that I hope I infused into my kids’ memory banks is this: “We don’t grow during the good times. We learn about ourselves through our mistakes and our misfortunes.”
Today, Journeyers, just today I learned something new: We DO grow during the good times, too, it’s just that the awakenings don’t seem to be quite so pronounced as those that come from conflict…
Fortunately, I’ve also always told my children, “Adults make mistakes, too,” so it won’t be a huge jolt to their psyches when I tell them I was wrong.
I don’t think I could be any more honored in this life than to have my children someday repeat those things to their children, even it is followed by, “Oh, God, I think I’m turning into my mother….”
And speaking of kids—you knew it was coming, right?—I’m about to unleash a few bragging rights…
What you don’t know about my children is that Fave is a 2016 Olympic hopeful who has represented our great country in eleven international competitions.
His eleven-year career has covered many wins, with numerous hurdles and a few losses sprinkled in here and there.
Courage has allowed him to show up after each failure, to gain a little wisdom that will ultimately help him achieve his ultimate athletic dream, and to move him to try again.
Courage has also helped his siblings who have not only lived in the shadow of The Older Sibling, they have walked behind a brother who is often in the spotlight, frequently steals the show, and is perceived by them to be famous.
Courage has enabled them to carve their own paths, to stand tall and be seen for their own accomplishments.
All of our hearts were broken for Fave after a recent mishap at an event in Venezuela, a calamity that ended his hopes of a record-setting performance, precluded him from the podium, and the United States from some much needed team points.
Still reeling from that blow, but needing to insure his spot on the upcoming World Team wasn’t lost to someone else in this last qualifier, he attended his sport’s National event this past weekend.
Courage allowed him to not only get back up in front of his peers, but to achieve, to reclaim a bit of his confidence and to move forward with his dreams.
Courage allowed him to get back up and try again, after his first attempt failed.
Courage got us all through our bundles of nerves: Dad the coach, Little Brother who assisted, and me who videotaped, despite an urge to run away because I didn’t think my heart could withstand the pressure of it all.
Little sister’s boss watched with her from his office.
It was a little hairy, Journeyers, but he powered his way through to achieve, to rise above adversity.
“I’m so glad I came,” he told me afterward, “I didn’t want to, but I’m happy that I did.”

“There’s a reason only a fraction of Olympic hopefuls reach the pinnacle of their careers,” I said to him as we left him to return home, “everything has to be lined up just so. Venezuela was nothing but one more of those stepping stones that you’d rather learn from now than on that ultimate stage.” Courage + Wisdom = Triumph
That’s how we do it, Journeyers, get over those hurdles that pop up on our paths…
We just do…with a little help from our families and friends and our constant companion, Courage…
We might not always choose her first, Journeyers, but Courage is ever present, at the ready, willing and able and full of the stuff that will help get the job done, whatever that task might be.
Hugs and healing…
Soon…
﻿

3 Comments on “On Courage, Wisdom, and Triumph”