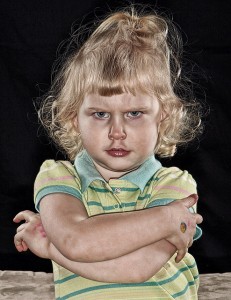 I’m mad.
Not in the mental sense, though that could be arguable, as much as I’m in my head.
I’m just ill-tempered.
Have been from the time I walked out the door and saw what last night’s freeze did to my plants.
To the flowers that have brought me so much joy.
Slumped over like defeated souls, petals heavy with life’s ice.
I’m mad at Mother Nature.
Freaking irritated.
What the hell’s wrong with her bringing sleet and snow and suck-y weather back, after teasing us with cardinals and spring color?
For Christ’s sake, it was twenty-four degrees at six-thirty this morning!
Eff-ing twenty-fourdegrees!!
I’m mad at myself.
Why the hell didn’t I get creative in coming up with a plan to cover my beloved flora?
Because I was lazy and credulous.
That’s why.
And some form of gullible for believing the fluctuating forecast was somehow going to give us a break.
As if weather had feelings and compassion and would take pity on the flowering vegetation.
As if it cared about our emotions and the fact that we are sick and tired of winter.
As if it cared that I worried about spending the money for the hanging baskets in the first place.
And now they’re toast.
The dainty flowers and spindly stalks black with frostbite. This one faired the best. The others are completely black.﻿
What the hell’s wrong with me for thinking such, well…madness?!
I’m so mad I’m exhausted.
Or, maybe it’s the reverse.
Maybe I’m exhausted from all the running around in this hamster-wheel month that is May.
Maybe I’m mentally depleted by my new group of elementary students who are rude, crude, disrespectful, incorrigible, and afraid of nothing and no one.
Upset that Fave didn’t care enough about his mother to even stick a Happy Mother’s Day note on this month’s cell phone bill he sent me?
Didn’t care enough to plan ahead, so he called, then felt bad that he hadn’t done anything, so he took a picture of flowers at the supermarket.
Irritated that my training partner hasn’t returned my messages or calls about the 5K this weekend, and I think she’s bailing on me?
Beauty sent me a beautiful card that talked about mother/daughter memories.
She wrote a note that we didn’t share the particular experience captured on the card’s cover, “but we have many other happy memories.”
I’ve been thinking about the relationship I had with my children when they were little and wondering if I was present enough?
Lord knows I stressed and exhausted and constantly trying to stay one step ahead of my meddling in-laws.
So I asked Beauty what happy memories she had.
And she couldn’t recite one. Not one fond time together.
She could probably write a bloody essay about the fun she and her happy-go-lucky father have had all these years.
Maybe my body is over the shock of having its appendix and an ovary amputated from my insides, and it’s rebelling.
My body temp is as crazed as the outside air: One minute my insides feel like they are boiling and the next I’m grabbing for layers to wrap myself in.
Maybe my hormones are reacting errantly, like those children I serve, the ones who become even wilder after their lives are turned upside down and inside out when they are yanked from their happy homes by strangers and whisked off to even stranger places.
Right now I’m mad because I want to write about being mad and the ticking clock is reminding me I have to return to work shortly.
I don’t want to go back to being berated and sworn at by delinquently acting children.
I want to curl up on the couch with a warm and fuzzy blanket and take a rejuvenating nap.
A nice, long, Sleeping Beauty kind of slumber, but one where I wake up when my body says it’s rested.
I’m done with being a damsel that needs saving.
I simply need a little beauty sleep, and for time to freaking stop.
Is that too much to ask for?
I could call in sick, but then, again, it wouldn’t necessarily be appropriate to call in at the last minute, especially when we are dangerously understaffed, to say I’m taking a mental health half-day.
That would only make my co-workers mad, which ultimately would only add to my discomfort.
So, I guess I’m stuck with Mad for the time being.
In three hours I’ll be done.
Big Guy doesn’t have any commitments tonight.
The kitchen is still a disaster from last night’s meal.
So what’s one more day of dirty dishes and counters?
Three hours.
Nap time…
That’ll have to do.
How about you? Do you ever find yourself in a miserable-for-no-apparent-reason mood? How do you deal with it? What do you do to get over it?
Soon…
﻿
﻿
﻿